The community strain, picked up outside of hospitals according to the study is one more battle for hospitals to be aware of as the study found a 7 fold increase, so take the time and use those wipes at the grocery store to wipe your cart, wipe off that work bench at the gym, etc.  The study stated this is an issue as both patients and doctors move back and forth between the inpatient and outpatient areas of the hospitals.  One technology solution to help that I posted earlier this year is one that polices hand washing.  It is simple and pretty much appears to work on it’s own.   Last week I had a tour of a new children’s hospital in Long Beach and mentioned this post and saw some open ears on this topic too.  BD 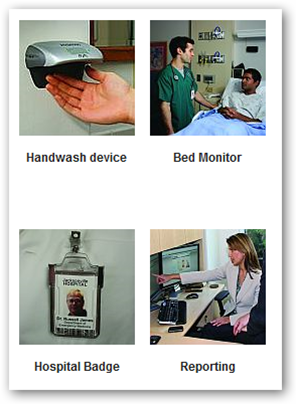 The new threat is easily picked up in fitness centers, schools, and other public places and has increased the overall burden of MRSA within hospitals, the report found.

The study, which analyzed data from more than 300 microbiology labs serving hospitals all over the United States, found a seven-fold increase in the proportion of "community-associated" strains of methicillin-resistant Staphylococcus aureus, or MRSA, in outpatient hospital units between 1999 and 2006.

According to study authors, this increase threatens patient safety because doctors and patients often move back and forth between inpatient and outpatient units of a hospital.

"This emerging epidemic of community-associated MRSA strains appears to add to the already high MRSA burden in hospitals," said Ramanan Laxminarayan, Principal Investigator for Extending the Cure, a project that examines policy solutions to the growing problem of antibiotic resistance based at the Washington, D.C. think-tank, Resources for the Future. Extending the Cure is supported by the Robert Wood Johnson Foundation's Pioneer Portfolio, which funds innovative ideas that may lead to breakthroughs in the future of health and health care.