This article addresses several potential areas of potential fraud and again it pretty much all comes back around to the inability to track and enforce.  It seems that this same issue keeps arising all throughout government. 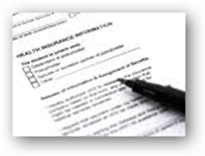 In addition, all out fraud was found with billing for “dead doctors” that arose last year.  This was missed due to the ability to cross check claims against physicians who were still practicing and those deceased.  That issue was quickly addressed and as much as I talk about some of the scoring that goes on with claims, this is one area that should be the norm with Medicare and any other company paying medical claims that nobody would dispute.  BD

Excerpts of a new federal report, obtained by The Associated Press, show a dramatic increase in improper payments in the $440 billion Medicare program that has been cited by government auditors as a high risk for fraud and waste for 20 years.

It's not clear whether Medicare fraud is actually worsening. Much of the increase in the last year is attributed to a change in the Health and Human Services Department's methodology that imposes stricter documentation requirements and includes more improper payments — part of a data-collection effort being ordered government-wide by President Barack Obama this coming week to promote "honest budgeting" and accurate statistics.

Records released in the past week showed that CMS for three years ignored internal watchdog warnings about swindlers stealing millions of dollars by scamming several Medicare programs. The agency received roughly 30 warnings from inspectors but didn't respond to half of them, even after repeated letters.