NHS Hospitals – The 10 Top Hospitals Had the Worst Death Rates

Recently the Health Secretary said he envisions “people centered” care, something that we are working on here in the US as well.  All over healthcare needs to be patient centric and involve patients in their care as well.

We sometimes compare what we have versus the NHS, which has done a great job in so many areas, but they somewhat have some of the same outsource issues we have here too in the US.   Occasionally I speak with citizens of the UK and this is one of their major complaints is the fact that contractors are running the hospitals and cost is the focus, same thing we hear here and in their opinions, the contractors are cutting corners and not focusing on the best care.

One friend said the ER in his area also included all the “drunks” who are brought in with the Alternative Response Vehicle or as some call it the Vomit Comet, the paramedics taking care of the inebriated.  In his opinion, the ER rooms on weekends were a little scary for the average citizen as it stand now. 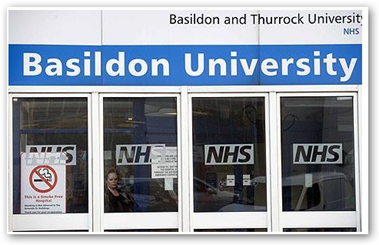 Most of the complaints cited in this article and recent posts about the Essex hospital seem to revolve around the same issue we keep hearing about, cleanliness.  BD

Bolton, Greater Manchester and Basildon NHS trusts have elite “foundation status”. However, The Sunday Telegraph has learned that statistics to be published this week will show a higher percentage of patients died while in their care in 2008-09 than in any other trusts in the country.

With the average mortality rate set at a score of 100, Basildon scored 131, Royal Bolton 122 and Tameside Hospital, in Greater Manchester, 119.

- Eight foundation hospitals are failing so badly that they have breached the terms of their license to operate and are being placed under close supervision by the NHS watchdog, Monitor.

- Three ambulance services have also been issued with the same notices after failing to properly decontaminate equipment, or provide clean services for the most high-risk patients.

The inspectors also found that trays used to carry sterile equipment were dirty. Domestic staff said the parts of the wards they could not reach were cleaned just once a year, by outside contractors. The hospital was told it was failing to protect patients from infections, and ordered to make urgent changes. Andrew Lansley, the shadow health secretary said: “We have to move away from the flawed system of self-assessment to one where inspectors really understand what is going on in our hospitals.

Shamed: the top hospitals with the worst death rates - Telegraph