Security is on everyone’s mind today and the VA is busy working on their solutions.  They have used some virtualization methods and as the article mentions the system is operating near capacity with Vista.  Some devices are causing interruptions with malware and security patches, so it sound like have have some major software glitches here to be addressed. 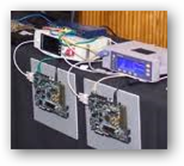 In the last couple years Health IT is exploding with new innovations and with devices that report data too.  This again is something that our Congress seems to be in the dark about as I could almost bet any participants in the technology side with using devices for their own healthcare might be far and few between, so I don’t know how they can get a grasp on this, as it takes “hands on” experience to add valuable information and solution suggestions.  We are all consumers as we all have health and I could almost guess that we don’t have a Congress with members with “perfect” health.

For the VA, bandwidth is another concern with the use of Cloud computing and without sufficient amounts performance can be affected at some point.  Again, I keep mentioning the fact that everyone seems to be ignoring this area of Health IT and with devices reporting data, even with blue tooth, it is shaking up everything and all methodologies and we need privacy areas addressed.  When Vista was created we didn’t have the device we have today and programmers I can almost bet have worked diligently to create fixes and upgrades to accommodate the new technologies as they roll out.  You can bet private industry has the same issues at hand too with software that has been in existence for a while.

The entire executive branch of the government is playing catch up too with their related technologies too.  The FDA approves devices for use, but then there’s the next step, implementation.  BD

The medical products and devices, including monitors and sensors, are regulated by the Food and Drug Administration. Their design and operation cannot be modified by the end user.

Network engineers are often blocked from using network security tools on the medical devices, Roger Baker, VA's chief information officer, and Steph Warren, the department's principal deputy assistant secretary for the Office of Information and Technology, said in a statement issued at a federal health IT panel meeting Nov. 19.

The problem stems from the “inability to enforce enterprise security policies” on the devices, the VA officials said. For example, the medical devices “can restrict the application of operating system patches and malware protection updates,” according to the statement.

Another information security concern is that VistA, the VA’s electronic health record (EHR) system, currently is operating at near capacity, according to the VA officials.