So far the system has been used only for colonoscopies and they hope to expand to other procedures.  All the physicians wear wireless headsets so no wires here.  The doctors speak and document as action is taking place in the operating room.  Procedures are documented without every leaving the operating room.  The software development was outsourced from the business partners to India with Persistent Systems.  To market the product they are going up against some pretty large competition with speech recognition.  BD

With renewed focus on medical costs and efficiency, a young, physician-led company believes the time is right to market a high-tech medical records system it developed and has been using since 2007.

The company, eMerge Health Solutions, grew out of an 18-physician gastroenterology practice in Avondale that's using a wireless, voice-activated system to document medical procedures in real time, as they happen in the operating room. 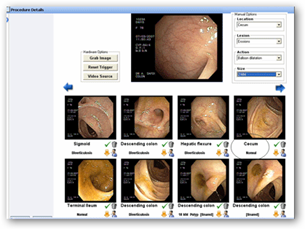 Nurses and doctors at the practice, Ohio Gastroenterology, wear wireless headsets, and, using some of 1,500 words the system recognizes, create an electronic record as they perform colonoscopies. They document the procedure without leaving the operating table. 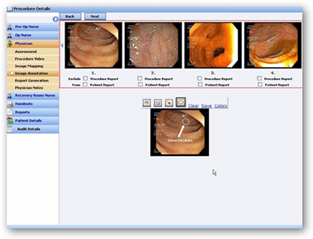 The doctors at Ohio GI and four other gastroenterology practices have completed and documented 25,000 procedures using the voice-activated system, which they're seeking to patent.

Now, three doctors and two businesspeople have formed eMerge with plans to sell the system to medical providers nationally. They're in talks with large electronic medical records companies and medical equipment providers, looking for a partnership to give them the scale and funding to expand quickly.