One thing to be said for algorithmic formats is that there would a bit less text to deal with and less money going out for legal advice.  Publish the algorithms that need to be met and put them out there, of course along with some text.  If we could have a programmatic approach with certain parameters to meet, it might give us a running start.  Laws are amended and the same could be done for algorithms.  We can’t get rid of text entirely but a working model of what need to be incorporated as the basic standards would sure improve and bring everyone to the same base.  Right now without that support we have a lot of talk going on. 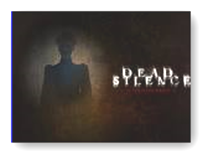 It almost looks like we need to create that department of algorithms.  This could make manufacturing easier too and again regular meetings to collaborate as changes come along to modify would be fine and it could make any certification processes easier too.  Meetings of course would bring about innovation too among manufacturers and if their algorithms were used for amendments, there would have to be no royalties of any sorts as they would have the running start with a product ahead of others.  Technology is not going to stop and we seem to be getting more fractured every day to the point where some are zoning out with overflow and marketing.  You can only take so much marketing and even just doing this blog I am buried and ignore a lot of it too.  I am still human and can only absorb so much at a time too.

This brings about another thought too on software, why not use a common user interface too for clinicians?   Why do doctors have to learn so many software programs?  Could you imagine Congress having to sit down and hit the books and learn software to make laws?  Hmmm, well maybe that’s not a bad idea entirely and would create some empathy and knowledge as to what is happening in Health IT as they are clueless. I believe in competition by all means, but right now we are a bit out of hand where nobody or their brother can make a decision and feel good about it, people argue and they don’t even know the basis of what they are feuding about!

We have the smart and smarter going up against the dumb and the dumber, and no disrespect here to anyone, but it is what it is.  The smart and the smarter need to stop and take a breath and help educate and bring the level up by helping the dumb and dumber so we don’t have this and greed seems to be standing in our way, like Wall Street for an example.  BD

For the health IT industry, the silence is deafening. There's little that can be said about the looming release of meaningful use definitions for electronic health records that will be made public in about a month.

When National Coordinator for Health IT David Blumenthal gave the opening keynote at the College of Healthcare Information Management Executives 09 Fall Forum in California a couple of weeks ago, he emphasized that point before 550 attendees -- about 320 of them being CIOs at hospitals and integrated delivery systems. He couldn't discuss details of the parameters that health care providers' EHR systems will need to achieve to qualify for stimulus payments under the American Recovery and Reinvestment Act.

CMS is studying a variety of recommendations on the definitions and is expected to issue a Notice of Proposed Rule-Making in December. That will set in motion the process to develop a final rule on the meaningful use criteria for hospitals.

"Dr. Blumenthal was seeking input from those of us on the front line of the activity," Chuck Christian, CIO at Good Samaritan Hospital in Vincennes, Ind., said, adding, "He was more interested in what we had to say rather than sharing information, and we gave him targeted feedback."

While there is general understanding of what the meaningful use criteria will look like for 2011, it's difficult for many organizations to move forward without the specifics, Christian said.