Ranbaxy Launches Generic Valtrex In US As Patent Expires

One more drug that is coming off patent and Ranbaxy in New Jersey will have a 180 day exclusive for marketing.  Valtrex now having a generic should be cheaper and more affordable real soon. Ranbaxy is a division of Daiichi Sankyo in Japan.  For a little history on the purchase of Ranbaxy, formerly an Indian owned company you can read up here.  Ranbaxy has been under the eye of the FDA more than once.  They hired Rudy Giuliani to help get them through the legal portions of the purchase. 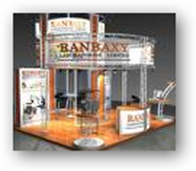 Valtrex has been a big cash cow for Glaxo and now faces competition in the field of generics.  The original post below discusses 3 drugs given approval in 2007 for Ranbaxy to produce.  BD

BANGALORE (Dow Jones)--Ranbaxy Laboratories Ltd. (500359.BY) Friday said it has launched a generic version of GlaxoSmithKline's (GSK.LN) anti-herpes medicine Valtrex in the U.S., a development expected to significantly boost its financial results.

The news underscores Ranbaxy's confidence that, despite facing regulatory issues in the U.S., it will not miss out on opportunities stemming from being the first to file generic applications with the Food and Drug Administration.

Ranbaxy will have a 180-day exclusive marketing period for the medicine as "first-to-file" status lets it be the only maker of the drug, other than GlaxoSmithKline, for the first six months from the patent's expiry.

Ranbaxy had previously lost out on a lucrative opportunity to be the first to launch a generic version of GlaxoSmithKline's migraine drug Imitrex in the U.S. because of a delay in receiving FDA approval.