Vicks Sinex Recalls – 3 Lots Distributed in the US, UK and Germany – Bacteria Found

Proctor and Gamble found the bacteria on a routine quality control internal inspection.  This is nice for a change instead of the type of stories we have heard of late with outside agencies seeming to be the watchdogs finding issues.  BD

The company said it is taking this precautionary step after finding the bacteria B. cepacia in a small amount of product made at its plant in Gross Gerau, Germany. There have been no reports of illness. However, the bacteria could cause serious infections for individuals with a compromised immune system, or those with chronic lung conditions, such as cystic fibrosis. B. cepacia poses little medical risk to healthy individuals. 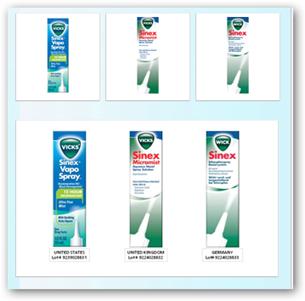