This is sad and in August of 2008 it looked like the company was on their way.

As the article states it was not all the economy that lead to the bankruptcy filing, but it certainly didn’t help.  The tests and research did not end up being significant enough to help bolster the development of medical genetic tests and help with production of pharmaceutical products.  When the new owners take over, the fate of the Iceland facility will be addressed, will it stay or go?   It certainly seems that someone could make use of the facility and research on hand and create some new business models for going in some new directions.  Since deCode began though, many competitors have emerged as well, so competition in this area became very fierce, very fast.  BD

DeCode Genetics, a pioneering company that used the Icelandic population as its guinea pigs in detecting disease-causing mutations, filed for bankruptcy on Tuesday. 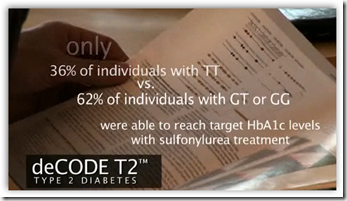 The company’s demise suggests that the medical promise of the human genome may take much longer to be fulfilled than its sponsors had hoped. Based in Reykjavik, Iceland, it was founded in 1996 by Dr. Kari Stefansson, a research neurologist who worked at the University of Chicago and at Harvard. After the human genome sequence was achieved in 2003, Dr. Stefansson quickly realized that Iceland’s excellent medical records, combined with the genealogical information available on its close-knit population, provided a fine test bed for seeking the roots of genetically complex diseases like cancer, diabetes and schizophrenia.

Whatever business errors deCode may have made, a principal reason for its downfall is scientific — the genetic nature of human disease has turned out to be far more complex than thought.