Home » Insurance » Medically Related » Technology » Everybody Wants to be Health Insurance Exchange, Wal-Mart Considering the Idea for Small Companies And Oracle Can Sell You a Software Exchange Platform

Oh boy is the exchange field for health insurance 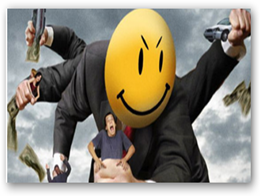 starting to get a little crowded here and now one more potential exchange participant.  We already have quite a few websites that are not exchanges but aggregated information on buying health insurance.  Now Wal-Mart says they are considering it too.  If Wal-Mart wants to do this they can hop on over to Oracle and get the software platform too which is also aligned for states using it as well.  As mentioned though the tax benefits would not be there as they are with using a government exchange should Wal-Mart decide to venture in.

Also back at the end of 2011, WellPoint bought a private health insurance exchange company with their venture capital division.  The Bloom exchange they purchased is primarily focused on  employer provided insurance.

The government exchanges now can have a user’s fee too that can be passed on back to the consumer which was added back in December of 2012.  Also below Blue Cross in California is opting all doctors in unless they send a registered letter asking to be removed and their compensation will be around 30% less than if it was a standard policy bought elsewhere.

It seems like we are turning hospitals and doctors into technology centers that carry medical licenses!

Just today United said they are going to pick and choose carefully where they participate to make sure it turns a buck and they might also be looking for ways to create some analytics out of their participation too as they are famous for sending  out a lot of reports and self created white papers, you see them all the time.

How many exchanges will be there by the end of this year?  Who knows and where will consumers feel most comfortable shopping, who knows.  Granted some are for employer provided policies and there have been other companies smaller than Wal-Mart that have set up their own exchanges.  California just received $674 million for the state exchange and $250 of it will go for marketing…geez…would they have to spend this much if the exchange competition was not so fierce?   Also, families earning up to 93k could get what is called “premium subsidies”.  Don’t ask me what that is as it’s probably not written in stone yet:)

Now Walmart has even bigger things in mind, according to the Orlando Business Journal. The company is considering a scheme to create a health insurance exchange, in which smaller companies could comparison-shop for employee health benefits, Walmart's vice president of health and wellness, Marcus Osborne, told the newspaper:

The idea is to offer those products through a health insurance exchange -- or as Osborne said, simply a marketplace -- that would leverage Wal-Mart’s buying and marketing power to make the exchanges widely available and used. "It would allow small employers to piggyback Wal-Mart," Osborne said. "We haven’t got it all figured out, but it’s one of the things we’re looking at."

A Walmart health insurance exchange for small companies would compete with those set up under President Barack Obama's health care reform law, at least for companies with fewer than 100 workers. The health care law will establish government-run health insurance exchanges in each state for individuals and small employers. (One thing the Obamacare exchanges offer that Walmart can't is tax credits, which are available to some of the smallest businesses.)