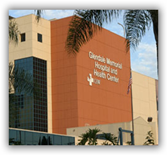 This is the second hospital in the Glendale area to announce layoffs to reduce staff size.  More uninsured numbers added to the situation.  The hospital is owned by Dignity Health.  It was just in July of last year that Dignity announced acquiring Healthworks Medical Group that has 140 medical centers in 15 states with 2000 employees.  BD

Glendale Memorial Hospital this week announced plans to undergo a round of staff reductions, roughly two months after the city’s other major hospital, Glendale Adventist Medical Center, laid off 21 workers in response to federal healthcare payment reform and other industry shifts.
Glendale Memorial on Monday pointed to an increase in the number of uninsured patients caused by the lengthy economic recession and cuts in government insurance programs in announcing its own workforce reduction. The 334-bed hospital also reported seeing fewer patients in recent months http://www.glendalenewspress.com/news/tn-gnp-0122-glendale-memorial-is-second-major-local-hospital-to-announce-layoffs,0,1803343.story
Tuesday, January 22, 2013
Medically Related , Other Items of Interest