Normally rural hospitals are not like this one as it became a “rural “ hospital on a very rich affluent island, only 19 beds, which usually not the 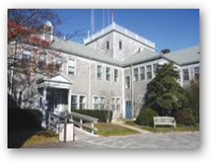 a case with hospitals outside the city areas.  What this has done is hurt hospitals in other states and they are not happy and who wouldn’t be.   It became a rural hospital when it was bought by Partners Healthcare, the group that always seems to be making money and charging more at many of their facilities so one may wonder was there any influence here with making the hospital a “rural” hospital?  When the pay system changed the money went up.  What is also interesting is to hear Dr. Donald Berwick’s comments too on how any hospital would “game” it if it is there in front of you and he’s right. “The entire way the payment system is now calculated has become so complex and so susceptible to gaming and manipulation that you’d play the game yourself if you were running a hospital, to make sure your reimbursements continue to go up,” said Dr. Donald Berwick, President Obama’s former administrator of the Centers for Medicare and Medicaid Services and a health policy lecturer at Harvard Medical School. “It’s a zero sum game. What Massachusetts gets comes from everybody else.” These are “business models” and rules…more complex by the moment..and Texas, New York, Michigan, Florida, and Illinois are the biggest losers, tens of millions of dollars each year under the current system are lost under this rule.  California hospitals benefitted in some areas too but it was because of one hospital as there are many here.  Now on the other side with losing the money it’s enough to push some of the hospitals in the state over the edge to operate and in the red or be very close to it, so here we go again with one of my frequent topics here, “flawed data”.  For a few years not too I have been called the doctor and hospital ratings sites very flawed come to think of it.  Doing this blog I keep seeing being shifted one way and then the next all the time and smaller dollar amounts that people spend hours and and is it worth it?

Back on topic here for Congress to get anywhere with this I’m going back to one of my old posts as you can see the math is bad and they need to model. We have the technology today to do a better job and I realize it will never be perfect but we can avoid many unintended circumstances for sure.  IBM Watson would be grand for Congressional research but they couldn’t see it as we don’t have quite enough digital literacy there to recognize a tool but Citibank did and no doubt they will get more of our money with using it.  It would really be a huge tool for both the House and Senate as all could use speech recognition to ask questions and everybody would start with the same number.  It will be interesting to see where the changes are made here.  BD

WASHINGTON — Nestled on an island 30 miles out to sea, Nantucket Cottage Hospital is the only rural hospital in Massachusetts, as defined by the federal government. Its weathered cedar shingles and widow’s walk evoke the bygone era of its founding a century ago, when the hospital consisted of just three tiny cottages.

But the 19-bed hospital on the tony island, where the number of residents balloons from 10,000 to 50,000 each summer and the median home price hovers north of $1 million, has become a national symbol of inequity and political machinations in the way the federal government reimburses hospitals for treating Medicare patients. Under an arcane hospital payment system,

Nantucket Cottage’s rural designation has allowed the state’s 81 other hospitals to collectively reap between a $256.6 million and $367 million annual bonus for the last two years — at the expense of other states. An Institute of Medicine report released in July referred politely to the bonanza as the “Nantucket effect.” http://bostonglobe.com/news/nation/2013/01/13/states-planning-legislative-fight-for-massachusetts-medicare-windfall/HV4WGdUCSOISoTxIcbwSUL/story.html