Medical transcription, the target of outsourcing, yes it is happening, but one thing missed in this entire article, which is the real long term threat to 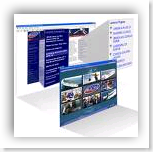 medical transcribing is “speech recognition”.  Between using electronic medical records that organize and simplify patient charts, speech recognition is also widely used, and this in fact cuts out the outsourced  contractor.  It’s not all that simple as there is training required and a learning curve for the physicians. Some hospitals have already enjoyed some success and are also saving money, plus it’s all in house, nothing over the internet.

We are now starting to see some web based solutions in this area as far as access.  As noted below, the Veteran’s Hospital in Long Beach has no transcribers.  The entire VA system uses electronic medical records and the system is called Vista, been around for a long time.

Just a couple days ago I wrote about RadWhere from Nuance, speech recognition for Radiology.  I think the writer of this article perhaps was not aware of where transcription services were really going.  I use it to do my blogs!

The US Army is using it with their medical records.  They use it on the battlefield as well.  Their e-Scription services allow speech recognition to be loaded on a server.

Speaking of the VA, in Tennessee they have licensed 750 licenses for Dragon Naturally Speaking and the Los Angeles VA has a pilot program with 6 regular users working with speech recognition.

The Epic records system at Kaiser uses speech recognition in conjunction with radiology and integration.  Nuance also has this nice little program, voicemail to text from a cell phone.

At UCLA, another portion of Nuance is used that has HL-7 integration  and links to the EMR.

Back in 2005, Dr. Crounse from Microsoft made this video with the Overlake Hospital, at at that time they eliminated all transcription services with speech recognition, so this is nothing that is new but the technology gets better and smarter all the time.

Anyway, as you can see from some of the examples, the fate of the transcriptionists is at the hands ultimately of technology and not really the interim outsourcing contractors being used at present.   This point and the real ultimate fate of what is happening with transcriptions seemed to have been missed here.  BD

LONG BEACH - There's a common perception that jobs in the medical field are high-paying, plentiful and perhaps most attractive in an era of high unemployment, "recession-proof."

While that notion may hold true for physicians, nurses and others involved in direct patient care, for back-office workers like Kathie Welch, the reality can be much different. 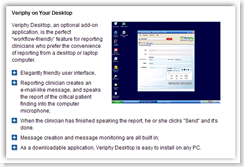 After 30 years as a medical transcriptionist, documenting patient records for doctors, Welch was laid off in September when her employer transferred much of her workload to an office in India.

Shocked, she began contacting former employers and co-workers for job leads, but found only part-time work at less than half her previous pay.

Outsourcing transcription work abroad - to countries such as India, Pakistan, Philippines and the Caribbean - has grown more popular as transmitting confidential health information over the Internet has become more secure, the the bureau report states. "However, the demand for overseas transcription services is expected only to supplement the demand for well-trained domestic medical transcriptionists."

A survey of area hospitals revealed many contract outside agencies to transcribe patient records, though Long Beach Memorial Medical Center has a staff of 38 transcribers on site.

Nuance Paying 35 Million for the Acquisition of Zi – Canada

Nuance and IBM to license and integrate speech technologies

Nuance to Acquire eScription...software as a service...