Home » Medically Related » Microsoft/Windows News » My Commentaries » Technology » Code.Org, The Video Coming to a Theater, or School Near You Soon Starring Bill Gates, Mark Zuckerberg and More..An Outreach for Education

Code.Org, The Video Coming to a Theater, or School Near You Soon Starring Bill Gates, Mark Zuckerberg and More..An Outreach for Education

This is great and there are all different levels of writing code.  I’m old one that wrote from the bottom up with VB6 and today we have platforms and even dot net from Microsoft where part of the code you will need is already done for you, so you write application on top of what has already been done.  This means getting new applications out there faster.  There’s challenges of course to make sure that what you are building on has been done properly too.  In all due respect Facebook can probably tell you all about it and of course Microsoft over the years has not been without hiccups, it’s the way the business works.  Complexities are all around us and we are light-years away from where it all started with Bill Gates and Microsoft in the early days.  Bill Gates wrote a program to play Tic Tac Toe he says.  Bill Gates in an interview himself reflecting back

on the early days that he had to finally realize he could not go home at night and be able to be a lone developer and write an update for Windows 95:)  Complexities have grown tremendously since then.  You keep hearing me hammer on this blog about how I try to bring some of this understanding down to layman's terms, and the fact is you will probably never have the same perceptions as I do or anyone who has written any bit of extensive code, because you can’t when you don’t know the mechanics.  That is what I try to bring forward and it’s not an opinion at all, it’s fact, its what it is, code is written and algorithms run.  I know I scare a few folks here and there but reality is what this is all about and I’m trying to help differentiate what is real and what is written just for profit with flawed data only to make money.  That is also a source of some of my rants when those who do know or understand the mechanics come out with these ridiculous perceptions and statements…huh???  What cabbage 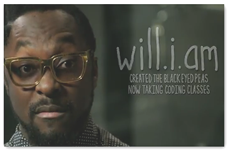 leaf did they emerge from, stay quiet if you don’t know:)  The more people that are a little educated it will definitely have some impact on Algo Duping with weird and feared perceptions that is taking place.  In government though we know figureheads are still stuck on that old paradigm of “it’s for those guys over there”.  The problem is, and listen to this film is you have people like me and thousands of others that think we are smarter, and we are in our own field where we understand the mechanics.  As I keep saying we need technologists running government departments today so they can walk and chew a little code and get an “accurate” perception with knowledge of know how the mechanics of code works and not the Algo duping fairy effect.

No More Unsubstantiated Blame Shifting on EHRS, Doctors, Hospitals, Developers, Patients Or Whatever Your Role Happens To Be–Government Executives Wake Up On How Corporate USA Eats Your Lunch With Models, Math, and Formulas for Profit (Algorithms)

Sunshine Foundation is right on here…and we talk about it all the time but some just remain at levels of being “non participants’ and we get those weird perceptions and it gets amplified by all the OMG stuff in the media too, and we sit at home and watch Jon Stewart and Steven Colbert and laugh like crazy.

and see what they have to say.  There are a lot of interfaces that making writing code easy, let’s say for kids and I remember the early Microsoft auto code, a big help for writing routine expressions.  Now when this become more main stay we won’t have to have all these start ups around to the degree they exist today.  We will have more people who can see when code is written

just to make a buck or if they really have something useful for mankind.  There’s both out there and the selling of data is an epidemic and actually standing to ruin a lot of good programming too when exploited.  Write something that you can use yourself and you will hear almost everyone one in here using their own stuff, unlike what some do, write code to just to make a buck, you have to have part of you in it.  You can pretty much tell on the web with the content as to who has themselves in it and who’s just writing code and queries to make a buck.  One more thought here too in the case of white collar code crimes, where do you find a jury today of peers…hard…Goldman tried it and his crime was reversed.  Microsoft is paying to have the video shown at movie cinemas starting at the end of this week…good move on their part and teachers across the US will be getting word as well.  I didn't see anyone on the list for Washington DC, but they have have personal visits with testimonials from Bill Gates for years and it never sinks in there anyway, sadly.  Very nice!  BD

It’s the first big outreach by Code.org, a nonprofit formed by entrepreneurs Hadi Partovi and Ali Partovi to expand computer literacy and improve education in America. They recruited Lesley Chilcott, producer of documentaries “Waiting for Superman” and “An Inconvenient Truth,” to direct the film, which may reach 500,000 teachers and 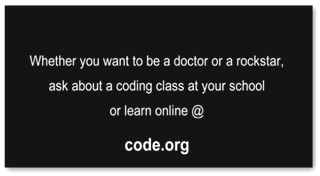 10 million students over the next few weeks.

Then there’s the social media outreach through the project’s supporters, who combined have more than 100 million followers, Hadi Partovi said.

The film is part of a broader effort by Code.org to encourage more schools to offer programming classes and give students who study computer science credit toward graduation, comparable to the credits provided for the study of math and other sciences. “The programmers of tomorrow are the wizards of the future. You’re going to look like you have magic powers compared to everybody else,” Newell said in the film. Microsoft is also paying to have the film shown before movies at Regal Cinemas starting on Friday, according to Hadi Partovi, who was an MSN manager before he left to start the music business iLike in Seattle. http://blogs.seattletimes.com/brierdudley/2013/02/26/new/?cmpid=2628