This video is from the SunLight Foundation and it makes sense as our folks in Congress are missing resources for sure.  I have written about this many times asking them to use a system like IBM Watson to sort and get their data.  Furthermore this year when you look back 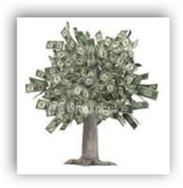 ad the election myself and others are still in awe of the “farce” of the Medicare plan out there with changing to “vouchers” and keeping it the same.  Why was it a farce?  Do you have any idea on how long it would take to develop the IT infrastructure and rip some of it up from the bottom to re-write  to support such an action…like nearly impossible and we don’t even have enough engineers in the US to even think about it.  This is just media garbage and you can’t blame Obama for jumping on it as I think he knows better but to win the election, he had to drop down to this level.  I’ll tell you what Citibank is using to make money, and there’s no other reason for the bank to use a fast system as algorithms move money.  Everyone’s job councils are failing, why do that when companies are sitting on cash and just hire a few geeks mine the web and make billions.  Government is in total ignorance here to see how this works, but it hurts consumers right and left and moved the money to the 1%  Folks it math and formulas doing the work so it makes little difference on what a politician says these days.  It’s great stuff if you like soap operas:)  The papers are full of soaps of one kind or another.

They better work harder on immigration at the GOP if they keep talking about repeating Obama care as software builds on itself and both parties would absolute choke on the money it would require.  I keep telling people all the time that “the short order code kitchen burned down a few years ago and there was no fire sale”.  I wrote a post a couple years ago about the folks that think IT Infrastructure grows on trees and yup that is still out there.

Here’s another example that relates to time and complexities.  The VA and DOD were looking a new build from the bottom up, write a new EHR program and there was a lot to consider there and they had a long research period there to see if it could be done.  If you are in

data to have a nice new “clean” interface is like what we all want to do, but you can’t always do it as there’ existing data, it’s integrity and so forth you have to work with.  It took that long for them to make this decision and I’m sure along the way there were prototypes build to try it out.  This is not something you sit around and think about to come to the conclusion of integrating or start from scratch.  Again folks not in this industry don’t get this as nobody explains it to you, like I’m trying to do here.  We just get more soaps in the media instead.  Furthermore the one man from VA is leaving, and he’s probably mentally exhausted after the work and research put in to this.  Yes nobody else seems to mention some of this but it is real and not some fluke perception.

In the meantime we have HHS saying “hurry up”, well what do you want to do, chain the developers and engineers and beat the code out of them:)  Last year we had to hear about that HHS Facebook contest too and I blew that off to “bees in the bonnet” as far as any real relevance.  Yes a bit of satire there but for goodness sakes come around to the fact that the “Algorithm Fairy” doesn’t exist:)  When you know better and sit back and watch nonsense like this in the news, again this brings about education and the farce perceptions that distract and keep things from moving in a more intelligent methodology.  So coming back around yes someone needs to guide our lawmakers as they are tied up in some of this and as the video states

the Office of Technology is a big missing component that just gives the fact.  It is non partisan and stands to educate those making laws.  Do you think we don’t need this?  Well look at all the numbers out there talking about the lack of confidence with lawmakers, that might give you a clue.  Believe me they are not getting much of this right today on their own so use some tools and get that expertise you need is what I say and stop returning to the dated paradigm of “its for those guys over there”. 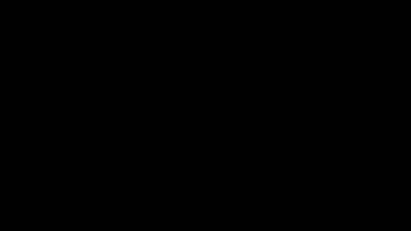 Restore the Office of Technology Assessment
Heck I would think if just for selfish reasons alone some might want to give this some thought as all politicians have egos and what better than to have knowledge to go with it instead of these “off base” perceptions that seem to permeate and make for entertainment and OMG stuff in the news.  I would like to see less of that and a real Congress working together and cut the crap as most of that, and I hate to say this but it is true, comes from lack of education and that’ “affects those guys over there”:)  I just see the folks being what I call “non participants” in technology and thus they can’t understand situations like this, one they really need to get their heads around at this is what keeps

inequality growing and why big business chooses to sell data and not build factories and grow their business.  It’s easier and hire a few geeks to automate the process and take that captive audience of consumers that can’t get ahead and dump them into the world of flawed data. This creates a big world of Algo Duping and if you don’t understand how corporate USA uses technology to make money, you are letting us all down over and over.  Corporate USA doesn't care as they want their money and they all so much cash today, and jobs are not growing.  Consumers have to deal with this day and day out while corporate USA puts money in the bank.

Algo Duping 101- How all this Works Against the Consumers – Videos

So let’s give some thought to restoring the Office of Technology Assessment before we all go down the toilet.  GAO can’t do the job alone and it’s not really in their line of responsibility.  They are far from being scientists and IT experts over there, they do analytics and this is beyond that need.  Lets get in touch with the Killer Algorithms that are hurting consumers right and left and get a better grip on what reality is out there and cut the level of distraction.  BD

The Advisory Committee on Transparency lightning talks to kick-start the 113th Congress on January 28, 2013. To learn more about this and future ACT events, please visit: http://transparencycaucus.org http://www.youtube.com/watch?v=cs6jg2zPQKw&feature=player_embedded&list=PLdo_y1-rDBGbrfj9RIalTPhn8x9K3cYPa
Monday, February 18, 2013
My Commentaries , Other Items of Interest , Technology