CACI is the vendor with the contract so does

this mean more money to speed up the process too?  It’s a question worth asking as Health IT is getting more expensive all the time as the complexities of integration grow.  There’s more out there to integrate and more upgrades and work that has been done since 2010 of course as is with any systems today.  IT infrastructure and costs run it all.  Audit this:)  In the meantime other areas such as the Coast Guard have chosen Epic medical records for their EHR.

In addition there’s also development for a web based VistA system called Aviva Virtual so there’s work in that area as well and when discussing integration not only here but with any medical record system, the structure of using siloed data versus web access is always something to discuss and plan as each method requires different  interfaces and taking what we have today to integrate and then setting up for the future at the same time.  It’s a ton of programming and code work to be done, so perhaps the contract that was awarded 2 years ago may need more money added to the budget?  You can read at the link below where some pilot testing has been done along with some integration with social security records.

Back in 2009 was when the term VLER, virtual lifetime electronic record was created.  At one point in time the DOD system, ALTHA was even used as a model for the White House so all there had an electronic chart but I don’t know if that ever continued after the original announcement.

So now basically we have the question of getting a user interface that works for both the VA and DOD and of course the DOD system will have more military information required as it’s used for soldiers currently serving in the battle ground areas  and more while the VA is the domestic records system.

Of course it is helpful to the VA to have 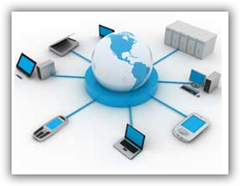 information on the patient relative to injuries sustained while serving, etc. and that sounds like much of the effort addressed here to make that available sooner.  It’s a lot of money and time for sure.  In the meantime the VistA system from the VA also has their pilot programs with sharing information with commercial systems such as Epic and being both are using a version of the MUMPS data base, that helps with some commonalities and standards.

“The short order code kitchen burned down several years ago and there was no fire sale” so be patient as all this takes time, something I think is slowly sinking in on the Hill, as they all voice frustrations over the time it takes with most medical record projects, they just don’t get this time element and all the other stuff that comes into the picture, like security software and network security, standards, etc. that comes with it.  Nice to say and makes good news media for show, but is this a reality?  We all get a new left curve every day in Health IT, so at minimum this makes a showing that the priorities are there.  There’s not a miracle “health IT wizard” that goes poof and it’s done, so push as they may, better to have it done right and with a solid plan for overall functionality as the more short cuts you create in the plan the more code you need to integrate some of that too.  In the commercial side if you want to look at where “push” didn’t work, look at Allscripts, a year later and still not done, CEO promised deadlines and sales that couldn’t be met, again takes time and having a CEO that is hones and knows this helps too, so DOD and VistA a long touch project.  BD

Whereas the Defense and Veterans Affairs (VA) departments are working toward a joint iEHR that would, come 2017, wrap all patient data into a single record accessible to clinicians in both departments, U.S. Defense Secretary Leon Panetta and VA’s Secretary Eric Shinseki pushed their staffs to accelerate data exchange and interoperability where they can now, rather than waiting.

“What the Secretaries challenged us to do was find some high-value quick wins that would provide real value across the organizations ... and utilize those most critical data areas in a standard format,” said Roger Baker, VA chief information officer. “By early 2014 we will be able to we will be able to exchange the most important medical information on every one of our patients between our organizations.” http://www.healthcareitnews.com/news/dod-va-accelerate-ehr-integration