Home » My Commentaries » Other Items of Interest » Jury Orders IHHI Hospital Chain to Pay Doctor $5.2 Million As Former Executive Planted a Gun and Gloves in the Doctor’s Car As a Set Up - The Case Filed in 2006 Finally Reaches Closure

Jury Orders IHHI Hospital Chain to Pay Doctor $5.2 Million As Former Executive Planted a Gun and Gloves in the Doctor’s Car As a Set Up - The Case Filed in 2006 Finally Reaches Closure

I live in the OC and thus have watched this case along with knowing a couple folks that work at their hospitals and let me tell you this is a soap that has something for everyone.  I’m glad the doctor

won the case here and when you read some of the material and I have some back links below, then you will realize the part that the board of IHHI played in all of this.  This entire battle was over the ownership of the hospital chain and it’s financing if you want to condense this down to a nut shell.  Former IHHI chief executive Bruce Mogel was the one who planted the gun in the doctor’s car.  Shareholders paid for the work done to plant the gun too. 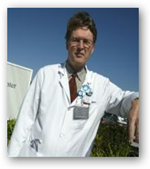 also allegedly directed millions of dollars to an array of non-medical investments, including an Internet-porn spamming operation, a company that provides downloadable slideshows of bikini-clad women for cell phones, and a Newport Beach party yacht.  Bruce Mogel, former IHHI chief executive claimed he had no knowledge of this arrangement. However, his own attorneys later provided copies of e-mails Mogel had sought to delete from his computer that reveal he played a central role in funding EMark. The e-mails are mostly correspondence from Mogel to MCH officials concerning EMark but also include a lengthy list of pornographic websites

The doctor was never accused of anything wrong as his DNA was not on the gun or the gloves.  Mogel was a strange character for sure and now the hospital has returned to the original owner, which was basically what started this entire stir at the hospital with doctors protesting

and thing just got further out of hand from there.  In the middle of all of this Prime Healthcare tried to jump in and buy the hospital chain.  When Santa Ana police briefly arrested Dr. Michael Fitzgibbons at Western Medical Center Santa Ana in June 2006, the lawsuit says, Mogel was watching from a window. "People don't know how powerful I am," he said, according to the lawsuit. The lawsuit by Orange County Physicians Investors Network charges Mogel, Integrated Healthcare Holding Inc.s' chief executive, with breach of fiduciary duty and fraud.

Chaudhuri has been one of the most feared people in California medicine since the October 2000 bankruptcy of his company, KPC Medical Management. Its failure left 300,000 patients without care and, in many cases, without their medical records so odd that he gets it back after the history.

A jury on Wednesday ordered a Santa Ana hospital chain to pay a physician $500,000 in punitive damages on top of $5.2 million it awarded him Friday in a notorious 2006 planted-gun case.

The punitive damages award was a fraction of the $46.8 million sought by Ted Mathews, attorney for infectious-disease specialist Michael Fitzgibbons. But he and Fitzgibbons said they were pleased by the total $5.7 million verdict.

Robinson, the IHHI attorney, portrayed his company as if he were offering it to a particularly undiscriminating undertaker. With a stock price ranging over the past year between 3 cents and 11 cents per share, and with $70 million in debt, the company's true value is at best $23 million, he said. It rarely has even $10 million in cash to spare. Even at IHHI's lowest ebb, in the fall of 2009 when its lender, Medical Capital Holdings, was seized by federal regulators for operating a Ponzi scheme, shutting off $16 million in IHHI assets, the company still managed to make payroll. Former IHHI president Larry Anderson testified that immediately after Fitzgibbons' legal win, Mogel instructed him to make a $10,000 contract for unnecessary work on IHHI's website with a man named Mikey Delgado. Delgado had come up in prior conversations, Anderson testified, as a "scary guy" who Mogel told him had the Santa Ana police on his payroll. http://www.ocregister.com/news/fitzgibbons-495851-ihhi-million.html
Sunday, February 17, 2013
My Commentaries , Other Items of Interest