Home » Medically Related » My Commentaries » Other Items of Interest » There’s Algorithms In My Orange Juice-Good Example on How Corporate USA Models Work, They Have Many Available to Slip In to Place When New Laws are Created, Planned Out Ahead of Time to Use, Coca-Cola Uses This Planning to Create Nice “Tangible” Products

There’s Algorithms In My Orange Juice-Good Example on How Corporate USA Models Work, They Have Many Available to Slip In to Place When New Laws are Created, Planned Out Ahead of Time to Use, Coca-Cola Uses This Planning to Create Nice “Tangible” Products

This is a fascinating story and a great example to educate all on how big corporations work today with Coca-cola and their oranges. 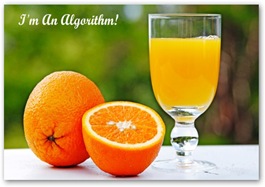 I worked for a few years ago and let me tell you if you have never that experience you won’t understand how the big machines roll but they do.  It’s been going on for years and now it’s even more sophisticated to where corporate America is  ahead of government laws, etc. instead of being reactive. If you are so worried about the government having data on you, think twice as corporate America outdoes data by a long shot and that’s who you need to be concerned about.  If you follow along with this story, you might see this a little clearer. Our government by contract is “reactive” and doesn’t use a lot modeling from what I see outside of the DOD with warfare 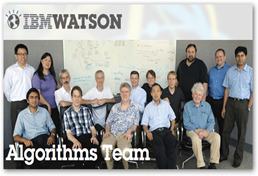 which way out there but all other agencies are more on the reactive side as most don’t know how to do it.  Congress was just entertained by IBM Watson and from what I have read nobody sees it as a tool to help make laws as it could do some tremendous modeling.   By contrast banks like Citigroup are using the technology and algorithms to move more money into their tills.  You don’t see it as a consumer but it’s done one algorithm at a time.  You can’t talk to those algorithms or see them and thus most of world population remains bliss and frustrated at the same time, what’s moving all the money..those algos!   In view of this having an attorney run the SEC with where technology is today is crazy as a person with a legal background is pretty much going to rely on old methodologies to fight fraud and it’s not that world out there.

I read where the prosecuting attorney in the Frontline special on prosecuting bank fraud is retiring and he made the comment that the DOJ has changed and is not the same place it used to be, well the criminals have changed and so it should not be the same place and better technologists to prosecute such crimes are needed at the top. Watch the 5 videos on the left hand side of this blog and they will bring you up to date with the “real” world of fighting fraud.  How much into Technology is Holder one may ask?

Back on topic here it is interesting

too how the Minute Maid concentrated Orange Juice model came from medical technology with a pharma engineer  used the same/similar processes as what is done with concentrating blood serum.  What also makes this a nice story as far as examining the technology is here we have a company that produces a tangible (big kudos these days for those companies in the US as they produce jobs) using technology to utilize every part of the orange with using “intelligent algorithms” and as long as it’s healthy that’s a good thing.  Quote from the article below..see where this could help model laws yet?  “Black Book isn’t really a secret formula. It’s an algorithm. Revenue Analytics consultant Bob Cross, architect of Coke’s juice model, also built the model Delta Air Lines (DAL) uses to maximize its revenue per mile flown. Orange juice, says Cross, “is definitely one of the most complex applications of business analytics. It requires analyzing up to 1 quintillion decision variables to consistently deliver the optimal blend, despite the whims of Mother Nature.” Further, we have an huge imbalance in the US with the valuation of some of the algorithms floating around out there and that has been market generated and if you don’t have some tangible product attached, then all you have is match and all those formulas are not accurate either, especially those designed to make money. I watched last year at some of this craziness with putting huge valuations on Facebook for one example and there are more like it out there too, but what the heck is a formula worth?  What the Street pumps it up to be I guess as you can do anything with software.  It has value but not to the extent of the financial markets “Algo Duping” everyone in sight for goodness sakes.  Refer to the left side of this blog and watch the documentary “Quants, the Alchemists of Wall Street” for a further understanding and the link below for another video with companies such as NASA, Ford, T-Mobile and others discussing how to find value with their data and using their quants and looking for the Data Scientists (Oxymoron terminology ) out there to help them find value.

So are you not convinced yet how math and formulas can be useful and others attack you?  There’s both out there.  The “snake in the grass algorithms” want to take your money and give you nothing in return, but here with Coke and Minute Maid, you get a beverage..am I making sense yet on tangible versus intangibles?

Coke is using predictive analytics in a positive way, not to shame you into the fact that the fact that you may be a little over weight or a little too sedentary is dragging down the US economy.  Algorithms for profit and the companies that do that market it as an art will distract you and it create a lot of ill will and pit people against others in battles that should not exist with a report that uses formulas and math to substantiate their point of view, but is is real?   Refer to the left and watch the video “Its all about Context” for more.  It’s good and you will also find out there’s no algorithm for the perfect butt either:)  It is about context and how not to get duped with the marketing out there.

So in summary as long as Coca-Cola is using algorithms to make a tangible good product, hats off and our lawmakers should wake up to this fact and see what companies do and how they make their money and find value.  Boy we could use some real value in Washington today with less focus on stuff that doesn’t take our money instead of the rhetoric about women's’ health and all the other stuff that rumbles around there that does nothing except create more soap operas for the papers.  Sorry journalists I’m not trying to put you out of business but want to get more quality information to report about:) Time to tax the data sellers in the US making Billions and Billions in profit that and so many offer nothing tangible other than to do risk analytics that are flawed and hurt consumers.  Again the Presidential Job Commission shut down I read and it goes to prove one point, you can’t fight the good and bad math out there with old methodologies as it doesn’t work when corporations are such miles ahead with plan A, B, C, D, E, F, G, H, I, J, K..you get the picture to slide in.  Specifics are needed too as without it you could have millions of models that could be used and are not accurate.

We can fund a lot of healthcare like the NIH and FDA this way and get rid of the tax on medical devices, they create jobs, remember that and hopefully along the way we will get more folks in key spots

that embrace technology and a few that can walk and chew a little code…Coke did it so what’s wrong with emulating something with intelligence that works and get started on getting rid of some of the inequality in the US?  A little satire to end this and I laughed about this study to a degree but now I’m not laughing much anymore as the fear of math that Wall Street doesn’t exist and the majority of the rest of us seem to be afflicted with this fear of math…seems to be a bottom line here to the fear of not facing the world of technology head on…it just is what it is.  What do you think, should be start shoving those in DC that make laws into MRIs and see if they are afflicted since they are at the top of the heap:)

The longer we are bliss and hold out, the more money Wall Street makes from all of us not addressing math and fictional formulas so hopefully maybe this words of this scientific study and the fact that the money is all in the 1% with the people using math or paying or people to create it for them continues to create inequality and it might be a time for all to rise up here as it’s not going to change or go away.  BD

The Black Book model includes detailed data about the myriad flavors—more than 600 in all—that make up an orange, and consumer preferences. Those data are matched to a profile detailing acidity, sweetness, and other attributes of each batch of raw juice. The algorithm then tells Coke how to blend batches to replicate a certain taste and consistency, right down to pulp content. Another part of Black Book incorporates external factors such as weather patterns, expected crop yields, and cost pressures. This helps Coke plan so that supplies will be on hand as far ahead as 15 months. “If we have a hurricane or a freeze,” Bippert says, “we can quickly replan the business in 5 or 10 minutes just because we’ve mathematically modeled it.” Coca-Cola bought Minute Maid in 1960. The juice company had been founded during World War II by pharmaceutical engineer Jack Fox, an expert at concentrating blood serum, to make OJ concentrate for a military contract. Today frozen orange juice from concentrate makes up less than 4 percent of the entire U.S. orange juice market, according to Coke, and is a tiny piece of Minute Maid sales. Instead the beverage giant has thrown its efforts into fresh juice, doubling global volume sales from 2004 to 2011. Of Coke’s 15 brands that each generate at least $1 billion in revenue annually, four are juice-based drinks: Minute Maid globally, Simply Orange in the U.S., Minute Maid Pulpy in Asia, and Del Valle in Latin America. Cutrale’s experts use satellite imaging to monitor crops in Brazil, so they can order growers to pick their fruit at the optimal time dictated by Black Book. The companies constructed a 1.2-mile underground pipeline from Cutrale’s Orlando-area processing operation to Coke’s packaging plant to transport juice that previously required 70 tanker-truck trips daily. In peak season—roughly April to June—oranges can go from grove to glass in less than 24 hours. Fiber-optic cables keep computers at Cutrale and Coke’s juice bottling plant in constant contact so juice is piped more efficiently. Inside the bottling plant, “blend technicians” at a traffic control center carry out Black Book instructions prior to bottling. The weekly recipe is tweaked constantly. Natural flavors and fragrances captured during squeezing are added back into the juice to restore flavor lost in processing. http://www.businessweek.com/articles/2013-01-31/coke-engineers-its-orange-juice-with-an-algorithm#p1
Friday, February 01, 2013
Medically Related , My Commentaries , Other Items of Interest