I wondered what was happening with that building

as it’s been going through some major renovations and used to be a pharma company I called on years ago when I was still in Logistics sales.  I did find it interesting that the article mentioned the big physician’s groups that are either owned or managed by a United Healthcare subsidiary were also being provided offices there.  Wonder who did the financing….just me thinking out loud, since United has so many financial and analytic concerns under their huge umbrella of subsidiaries.  The Nautilus entity was a bit confusing

when I originally covered it as United did not buy the group but rather the company that manages the group, typical United daisy chain subsidiary search at times.  Nautilus promotes and sells the NextGen EHR system so here’s yet one more EHR system with United’s involvement with owning Nautilus.  United also has their own EMR CareTracker and owns a couple other subsidiaries that sell EHR systems so as a corporation they have a pretty big hand in the EHR  business not to mention the original Ingenix clearing house business and the new subsidiary they created for Epic medical records to be an integrated clearing house there as well.  I know Long Beach Memorial uses Epic as I interviewed Dr. Leo at Long Beach Memorial  on the transition a couple years ago.

Cedars-Sinai Medical Group and Cedars-Sinai Health Associates so again they will be headquartered right there with MemorialCare according to the Times.  With United owning Monarch in the OC via their purchase I guess owning 2 of the biggest big IPOs in Orange County could have been a little controversial so they own Nautilus who manages Greater Newport Physicians.

Here’s the back links on the physician organizations mentioned in this article from the LA Times.

This kind of shows the growing the business systems of major insurers working to get more managed care through either partners or acquisitions.  In addition a couple months ago MemorialCare announced they were also creating their own HMO with buying some of the assets of and existing HMO and it will be called Seaside Health Plan.  Again just thinking out loud, will this too get sold to an insurer in time?  Again with watching all of this the aggressiveness of United who knows?

Recently the AAFP confronted United Healthcare that  via complex contracts of paying doctors less than Medicare in many parts of the US.  I have heard mutterings of this being the situation with some doctors in the OC.  MemorialCare has 3 “Health Express” retail clinics and recently opened another clinic in the Long Beach area in a building that was formerly a “Borders” store.  You can read the article below for more information on that side from the American Academy of Family Practice Physicians.   The article also stated this was the largest headquarter purchase over the past year by an Orange County based company.  BD 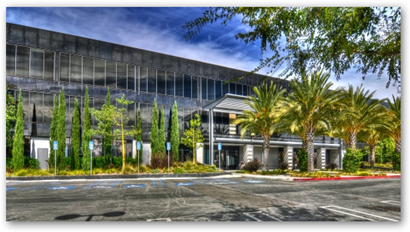 405 Freeway.
MemorialCare will consolidate several teams now in other Southern California offices in 180,000 square feet at 1588 South Coast Drive, real estate brokerage Newmark Grubb Knight Frank said.
Terms of the sale by a limited liability corporation were not disclosed, but real estate experts familiar with the Orange County market valued the deal at about $34 million. The campus, expected to be occupied in late 2013, will bring together teams from MemorialCare's corporate office, physician support locations and medical groups, including MemorialCare Medical Group, Greater Newport Physicians and Nautilus Healthcare Management Group. http://www.latimes.com/business/money/la-fi-mo-memorialcare-health-20130201,0,3702310.story?track=rss&utm_source=dlvr.it&utm_medium=twitter&dlvrit=71041