At the link below you can read the letter posted at the Huffington Post which was sent to brokers to encourage companies to keep their old plan. 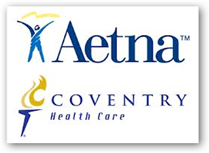 This will be interesting to see what happens here as by doing so they will be able to put off adhering to some of the new rules and regulations for another year.  Bank of America is one of the larger accounts for Aetna that comes to mind for an example with employee benefits.  This ability has been there but it appears now the option is being presented to be just a bit more visual when the threat of premium increases is on the horizon.

You do have to wonder too with all insurers about the use of analytics and the money that is is being poured into that direction, a lot of money to further the risk assessment process and how far will it go?  How much information do they need and what will they spend?  Will this even pay off?  Is the data used for wellness only or does it impact areas of underwriting?  Companies build their models with directions to follow after an assessment of selected numbers which may be either factual, behaviorally projected (error factors here) or other methods of predictive analytics.  When it comes to some of the new analytics out there, a lot of this is still experimental and we don’t know that all of it has value either.  So is Aetna based on their model driving themselves off the cliff?

CMS and the Inspector General were going round and round over the government website with trying to make sure that accurate pricing was represented and it’s really not their fault as here’s one big example that could effect what is on the site with pricing information and there’s more with each carrier, it’s constantly changing as insurers via using business models change their numbers all the time so how do you keep up?  Numbers are numbers and facts are fact here.

We saw 4 hospitals being “fined” out of business this week and one was for a crime that rightly so deserved penalties but when they can’t pay what is the next step?  The employees and patients were the real losers here.

More actions as such with trying to nail down risk assessment to the exact penny on individuals is what generates this and again how much information do they need and what is accurate and what generates a decision?  What makes this interesting too is that this comes on the heels of the “one choice” exchange option that will be available and we don’t know who the “one” choice will be yet but think about this with Aetna marketing keeping the old plan.

One thing is that they do have the numbers and models built for the old plan, been around for years and I’m sure it’s updated all the time too, but for the new provisions of Obamacare, they have an “untested” model and thus so they are pushing what they have on file with analytics. The company too probably has their analytical model that tells what the projected numbers will be and I would be surprised if they didn’t have several models built to work with, so this might be the reason for recommend staying with a “known” model as they know the profit levels there.

They did get an increase for the private Medicare plans this week, after the insurers group stated that patients would suffer and services and care would be cut.  The more complex and political this gets, the more a single payer plan certainly seems to make sense as the whole idea of insurance is to take the good with the bad and spread the cost.  With risk assessments on individuals driven down to levels almost beyond comprehension that shatters the basic insurance concept as we have known it for years.

I have no problem with educating people on a lot of this and the use of technology to improve care too, but there’s too many angles working against each other today and when numbers are adjusted in one area that seriously denies care and ethics for consumers, it’s time to take a look at the entire business models of all insurers.  What are they anymore?   The data selling epidemic and search for values they all want is upon us and some will be ok while a lot of non linear explorations will prove fruitless and some just become mechanisms to deny care and services.   BD

In an email sent to brokers, the insurance giant Aetna explains how they can renew customers' current health plans before Jan. 1, a strategy the Los Angeles Times reported this week is under consideration at other big health insurance companies.

Obamacare includes a number of new rules for health insurance plans that will become law at the beginning of next year, or whenever existing policies expire. By extending customers' plans before then, health insurance companies and their customers can lock in health plans that don't adhere to those rules for up to one more year.

Among the new rules this approach could skirt are requirements that health insurance cover a minimum set of benefits, prohibitions on turning away people with pre-existing conditions, bans on charging higher rates to sick people or to women, limitations on how much extra older people can be asked to pay, and rules against insurance companies refusing to renew policies.

The company is calling its outreach to insurance brokers "Aetna’s Premium Savings program."