Many of those in prison probably get the best healthcare that they have every received in their lives.  Now when a prisoner is released they too 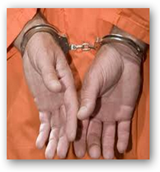 will have Medicaid in states to where the expansion has been applied to both federal and state prisons.   Five million ex-offenders on parole or probation will be eligible.  Those who do make too much money to qualify may still be able to purchase insurance via the exchanges as well and gain tax credits.  We have heard the stories of folks that have committed a crime to get healthcare for sure with those needing surgery or some other type of treatment.  They fall into the same rules as everyone else next year that will require all to have insurance.   BD

Newly freed prisoners traditionally walk away from the penitentiary with a bus ticket and a few dollars in their pockets. Starting in January, many of the 650,000 inmates released from prison each year will be eligible for something else: health care by way of Medicaid, thanks to the Affordable Care Act.  A sizable portion of the nearly 5 million ex-offenders who are on parole or probation at any given time will also be covered.

The expansion of Medicaid, a key provision of the health care reform law, is the main vehicle for delivering health insurance to former prisoners.

Since most recently released prisoners are not pregnant or disabled, the vast majority of them do not have Medicaid or health insurance of any kind. As a result, studies show, many do not receive treatment for chronic conditions or continue on medications prescribed in prison. They also do not generally see primary care doctors, relying instead on emergency rooms, an expensive way of delivering medical care.

Ex-cons with jobs who make too much money to be eligible for Medicaid could still qualify for federal tax credits to purchase health insurance through the new state exchanges. Under the ACA, like everyone else, they will be required to have health insurance of some kind starting next January.