Home » Medically Related » My Commentaries » Pharma/FDA News » Ben Goldacre, One Doctor/Scientist That Knows Models–Discussion on Trial and Academia Papers- We Don’t Get all the Data and Math Modeling/Algorithms Take Over As Some Models Lie While Others Are “Fiddled” With

Ben Goldacre, One Doctor/Scientist That Knows Models–Discussion on Trial and Academia Papers- We Don’t Get all the Data and Math Modeling/Algorithms Take Over As Some Models Lie While Others Are “Fiddled” With

We all want honest and accurate data.  Dr. Goldacre is certainly one 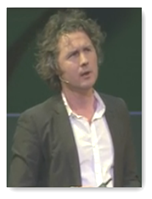 who has done his work with modeling and you don’t have trials documented without some kind of a model.  He talks about how many reviewed are skewed.  I have a couple here I have mentioned.  Positive findings are twice as likely to be published rather than negative.  We get into what is called the “P” values here.  Evidence based medicine he calls “research misconduct’ or “research fraud”.  We don’t get all sides of the story.

Here’s one of his first TED discussions from 2011 below and also I recommend scrolling down to watch the videos at the foot of this blog.  The first one, is Charlie Siefe and you will hear him mention Dr. Goldacre.  Charlie discusses trial fraud and other mathematical fraud areas with “P” values.  He will give you the layman’s version of “P” values.

Here’s a couple other PLOS ONE studies I found of interest in the fact that we now have study written with a method of finding out if someone has “fiddled” with the “P” value and if is is not accurate.  Would we have a paper on this if it were not happening, of course not.  We all want facts today and not marketing.

In addition  Plos One did another study which I have used in jest but gosh darn, it certainly hits the target with folks being afraid of math.  This is a real study with MRI images and the whole shot that shows how people feel physical pain when given math problems..some have over come this or never had it…Wall Street…they don’t have this and have the Trillions

in money to prove it:)  Meantime back on main street, we seem to have this issue and don’t have the money to prove it.  Why don’t we have the money?  We get duped, exactly what Dr. Goldacre is talking about with clinical trial models and it goes way beyond that and impacts us in every walk of life.  I someone with code can see a sucker coming and can make a lot of money, they do it.  In ready the regular news though, nobody tells you this stuff though as they just scratch the surface and want readers to make numbers.  It’s not their fault but just the way the media is set up for journalists today.

So what do you think about the “math” study…I heard from developers too that some code and math problems gives them pain as well so we can all be in there for sure.  Developers and people who write code and do math might have a higher level but it can get there too:)  Have you been duped today?  Here’s a collection of videos that will help you understand what this is all about.  Again great video by Dr. Goldacre sharing some wisdom and again he “gets” how models are used and abused for sure.  The entire text of his talk can be read at the link below.  BD

“The current state of affairs is absurd. We can spend tens of millions of dollars on just one trial, hoping to ensure it is free from bias, and trying to accurately detect tiny differences between one treatment and another. And yet we let all those biases right back in, by allowing people to bury half the data. Future generations will look back at our tolerating this bizarre situation in astonishment, the same way that we look back on medieval bloodletting. The time is now, to fix it forever, easily.”