It’s not just their data, it’s all of us and when we look at the epidemic to what is going on with data addiction and how it cuts into other areas, this is sad.  I would love to see some of the billions that are pocketed for 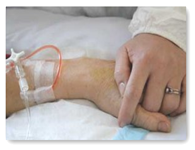 running some code on servers going to the doctors and patients to get their cancer treatments, but sadly that’s not what we have built.  Analytics are good and help us a lot, and development of valued information is good, but we have folks using math and formulas just strictly for profit and nobody looks at their models.  I really do like the documentary “Quants, the Alchemists of Wall Street” when you hear some of the early pioneers in this field talk.  They were there in the early days to create efficiencies and they were also around long enough to see the “dirty code” develop too..just to make money with no concern on what it does to the consumer.

You know when I read about the insurers buying data from Master Card and Vista to look at our consumer purchases, one has to ask when is enough enough?  There has to be a balance and if you get into the head of one who writes queries, and yes being a former developer my head used to go there and figure out how many more queries I could create and find value.

I kept it to the “value” areas with linear data but they don’t do that out there all the time today and with big data and data scientists they don’t know where the value is, so insurance rates go up with all of this and they hire a lot of people to soul search queries, etc. looking to find a small or tiny item sometimes they can relate to another tiny item.  Here’s what happened this week, doctors get 2% cut while insurers who manage private Medicare got a 3% raise.  They don’t want to assume any more of it and want all from the government they can get.  HHS though had to cave in here for ethics as patients would suffer if they didn’t…insurers said they would cut if they took a decrease.  Got to have money to buy all that data and I wonder if all that works gets rolled into the MLR?

We know HHS and CMS is behind the 8 ball when it comes to keeping up with the technologies and models that private industry has and hopefully some day perhaps they will get up to par, but they get their lunch eaten all the time with mostly being reactive instead of pro-active.  I’m sure this increase and the timing of it was modeled a couple years ago as all insurers do that once a law is passed to find loopholes immediately.   They might build another model and work several to keep profits high for shareholders.  That’s the way it works.

There are folks smarter than me that will 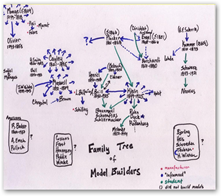 verify the need for simpler models and the need to stop lying with them.  You need to see the code and math though to see if that is the case..government better get there soon…we have watched the DOJ fall all over themselves too without acknowledging this fact…look at Manny who had not one sense of confidence when PBS interviewed him.  That’s ok because he resigned and now is working defending the same people he was supposed to be investigating.  The post below is from Cathy O’Neil who worked as a Quant for a Hedge fund and when you get done with reading, scroll down to the bottom of this blog and watch hers and the other 3 videos and you will understand more of this. I’m going to have to buy the “52 Shades of Greed” playing cards she has on her site one day…image shows top card is Larry Summers:)

We don’t need more complicated models, we need to stop lying with our models

We have that in healthcare too with Steve Larsen who is accredited with writing the Obamacare reform law…he sits over at Optum (United Healthcare) as a big Vice President now.  He left in June of 2012.

Ok back to the story here, doctors can’t afford to stock the expensive chemotherapy drugs and of course as CMS designed, it is more expensive to go to a hospital for therapy where it really costs.  I still have no clue why that was done but if the clinics can’t see patients, that’s the next place to go.  In addition finding all the drugs they need with shortages creates extra work for hospitals too.  I don’t know if it has eased up but UCLA had a gal that spends 2 hours day making sure all drugs are available for patients and seeks them out if she needs to.  Everyone wants mHealth to expand, well consumers can’t trust or even get the privilege of knowing where their data goes to make billions in profits, like Walgreens making short of $800 million 2 years ago selling data.

Long and short here is that it makes me sick to

read articles as such while dirty code makes billions for others and people may die because they can’t get their cancer treatment.  Remember Algorithms move money, 24/7 on servers.  There’s dirty code in some of these place that fools you at times.  I said originally that licensing and taxing data sellers would help the NIH and FDA, well now, heck help the Medicare cancer patients first!  A new priority since DC can’t do math and HHS and CMS are still looking for Algo Fairies.  Time to look at those models and math and for government to come out their bliss on this issue as nothing will change until they do and those algorithms will keep adding to the piles of cash that companies are so rich with.  Maybe the Consumer Watchdog might be able to dig in here a little…I don’t think they are afraid of math and models.

We are discussing Medicare here but insurers are right in here as they are either directly or indirectly via a subsidiary the folks that are contractors running a big par of the show.  Time to license and tax the data sellers and get people’s health taken care of.  Enough with models that lie and the fools that believe them, please.  It’s a sad day indeed when an oncology practice has to turn patients away in order to keep their doors open and not go broke.  PS my mother with Medicare was just diagnosed with cancer.  Here’s how the plan would work, simple and like a sales tax with a federal site requiring disclosure of what kind of data is sold and to who.  BD

Cancer clinics across the country have begun turning away thousands of Medicare patients, blaming the sequester budget cuts.

Patients at these clinics would need to seek treatment elsewhere, such as at hospitals that might not have the capacity to accommodate them.

The federal government typically pays community oncologists for the average sales price of a chemotherapy drug, plus 6 percent to cover the cost of storing and administering the medication.

Since oncologists cannot change the drug prices, they argue that the entire 2 percent cut will have to come out of that 6 percent overhead. That would make it more akin to a double-digit pay cut.  Eastern Connecticut Health Network began preparing for additional volume after a local oncology practice sent out notice that it would stop seeing certain cancer patients.

“We’re hoping that something will change, as legislators see the impact of this,” Ralph Boccia, director of the Center for Cancer and Blood Disorders in Bethesda, Md., said. “I don’t think we could keep going, without a change, for more than a couple of months.”

Wednesday, April 03, 2013
Medically Related , My Commentaries , Other Items of Interest