The 401k Plan, is one of the products that consumers buy that Americans don’t know the price and they don’t know the quality.  Once again we return to the world of complexities and so how did it get that way? 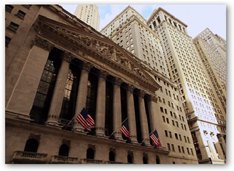 Models and software that execute algorithms and formulas that manage the accounts.  Consumers are attending educational meetings and walking out confused.  Also, due this fact consumers don’t know the “danger”…we are back to those algos as mutual funds through regulation has been able to protect themselves, no transparency.

When 401ks began, they all looked good and were performing well in the late 90s and people were impressed as investments were growing.  In 2000 the market collapsed and all the earnings were gone.  401k money was going into company stock.  Savings were lost and so were jobs.  Stock algorithms moved the money based on markets.  Later when the real estate crashed, jolt number two with after having lost 401k money, now the house was not worth much.   Consumers are now borrowing against their 401k accounts while Wall Street still gave out huge bonuses.

One person decided to dig deeper and found many fees and charges in his 401k as his money was not growing and found marketing fees, asset manager fees, administrative fees trading fees, record keeping fees and many more.  He also found investments in housing loans, like the ones that made the market crash.  Fees are very high and the funds were lousy.

People who own the models are the corporations…”hedge funds are set up to hose pension funds”…one sentence says Cathy O’Neill and I recommend watching her presentation filmed at Columbia, as she has coined some of her presentations “methods of math destruction”.

She used to work as a Quant aka Mathematician at a Hedge Fund a few years ago and gives you some inside information relative to their culture and how they think.  Her job was in futures predictions with risks and they had her there doing a job and somewhat ignored her work?  Manipulating models to lie can make money and it has been done for quite a while and this keeps inequality growing.

Most investors have no clue on all the fees that they pay.  The PBS reporter even looked at his own 401k and found a lot of the same.  He found another layer of cost, a legal kickback arrangement to the brokers.  Brokers won’t distribute their funds unless they get a part of the deal and the fees are paid by the 401k holder.  An executive from Wells Fargo explains it’s the education process to help…and it’s too complicated…choosing the right options.  Wall Street wins again.  Index funds are discussed and how they would be safer and more transparent than mutual funds.  The term “financial advisor” is a title to be gray, find out what they really are…brokers sometimes.  They are looking out for their pockets first.  “You Can Do Anything With Software”…a related read at the link below.

How well is retirement working as reform has failed. 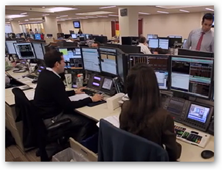 The problem is that all this is done via technology, models and math.  Below is another related video that discusses how Wall Street works.  Retirement dreams are busted, people are earning less and it’s even harder to save and get healthcare.   So the journalist here is looking at 401k plan algorithms, one after another to see if there’s one that will maybe be the right one…and you can’t win against the machines.

Below is another related PBS video from Cathy O’Neill and pay attention to what she has to say as she’s right with many of her ideas with reform…it’s too complicated.  A couple quotes below from the video…BD

“We all put money into our 401(k)s. We work our lives. We're putting this money in once a month. It goes to Wall Street. Wall Street -- through these ways of managing these large funds, enormous -- I mean, I'm just one of the -- [let me] pause to say the amount of money we're talking about I measured in terms of percentage of GDP [gross domestic product]. This is an enormous amount of money, trillions of dollars.

So anyway, the average person puts this money in once a month. Wall Street takes it and skims off. With the help of hedge funds, but also with just the help of poor trading and bad decisions, it just skims off a certain percentage every quarter, so larger percentages every year. At the very end of somebody's career, they retire and they get some of that back.” p>“And often the people in charge of risk are not given enough power to actually implement. Even if they see risky trends going on that shouldn't be going on, they're not given enough power to actually stop them. I mean, great example -- in fact, a recent example -- is the chief risk officer from MF Global who was, you know, warned about [CEO Jon] Corzine's big bet on Italian bonds, and he was ignored and left. And I'm not sure if he was fired or he just resigned.”

After watching both videos do you not believe there is modeling for inequality going on right and left?  It is what it is and we need more on the government side for sure, hire some of the folks who have gamed the system with models and math so they can battle the other side, intelligently, the missing puzzle piece.  BD

Wednesday, April 24, 2013
Insurance , My Commentaries , Other Items of Interest