That’s a pretty valid concern with the cherry picking as a new model opens up with allowing regional and other types of insurers to jump in.

Nobody gives much thought to the administration and well have you heard there’s complexities, it will enter the picture right there.  This is one of the few occasions I do agree with Darrel Issa.  Have to be careful though with United as if they don’t get a share, they could sue you as what happened with Tri-Care and we never did get the details on what United had over the DOD.  We all knew though they bid and didn’t get the northeast and southeast either.  When you let them in the door you never know what else they might have going on and will bury you with reports and analytics to prove their points, whether it’s accurate or not.  When they got this contract with Tri-Care they put the Blue Cross Subsidiary, Tri-West out of business, ruthless.

There is the concern about the 40% excise tax on “Cadillac” policies that begins in 2018, and we shall see if that sticks…everyone will probably moved out of those plans anyway by the time that year kicks around and companies are working on it already to get employees in less type plans, mostly PPOs which will not be affected to avoid the tax so that income is pretty much a fairy tale that won’t happen for the most part.  You know insurers can’t help themselves with analytics and there’s a lot they need but shame on them when they over do so much of it beyond what they “really” need.

They want everyone in wellness and healthy before their next quarterly report and it doesn’t work that way so if you are sedentary as the last United report came out, well you are also now one of those evil twins. 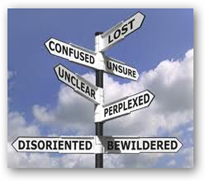 Some reports have come out and said a lot of the preventive care is wasted too, so all depends on how it is used.  Education works not stripping consumers down to knowing ever minute thing about them and then on top of that selling it.   United makes a ton of money selling data, always has and they are model and algorithm kings that can dome up with one for what ever case they need, accurate or not.

Look at what CalPERS just did with breaking up their insurance carriers and they don’t know why they did it either, unknown savings their words.  Is it because it is fashionable as we have been steroid marketed that this really has some value?

We shall have to wait and see how the “algorithms” play together, you know just like the stock market as the algos play.  BD

Instead of making this complex, why can’t they just create better models?  Let this keep going and it will be too complex for anyone and by default we will end up with a single payer plan as every will have had it:)

Two leading health-insurance providers squared off during congressional testimony Thursday, debating whether the government should allow more plans to participate in the $47 billion health-benefits program for federal employees.

At a hearing before the House subcommittee that oversees the federal workforce, United Healthcare urged lawmakers to allow regional and state preferred-provider organizations (PPOs) to join the health-benefit program, which covers about 8 million workers.

That request is in line with President Obama’s 2014 budget proposal, which calls on Congress to allow new types of insurance plans into the fold.

The health-insurance giant is concerned that smaller providers will cherry-pick low-cost regions, ultimately driving up premiums for the nationwide plans. The group estimates that premiums would rise for 54 percent of federal employees if regional PPOs are allowed into the mix.

The president’s budget calls for two additional changes to the health-benefit program.

One proposal would create a new rate category known as “Self Plus One” for married couples without dependents. Currently, only two tiers exist: Self and Self Plus Family.