Corporations are sitting on $1.7 dollars of cash and if you read here often 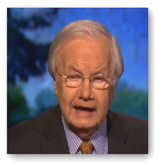 enough I am a broken record that keeps telling all that the “epidemic” of data selling contributes a lot towards this big piggy bank.  It’s nice to have a number flashed out there.  In the first part of the video you get to see the “other” side of Silicon Valley and the poor who’s wages can’t even pay the rent in most areas, meet the cooks who work for Google for one and the tents they live in.

Again I keep telling all over and over that models and algorithms move money and guess where they move it?  This is shocking here..when he calls attention to these 3 companies and the taxes they either have over seas or avoided taxes.  I didn’t expect to see Microsoft in here with shifting their income to Puerto Rico.  Citi, which we all know is using IBMWatson for all their business analytics, some models and algorithmic profit data mechanics now has over $42 billion off shore.  If you don’t pay your $100 tax bill though you could end up in jail according to what’s been reported in Ohio of late. 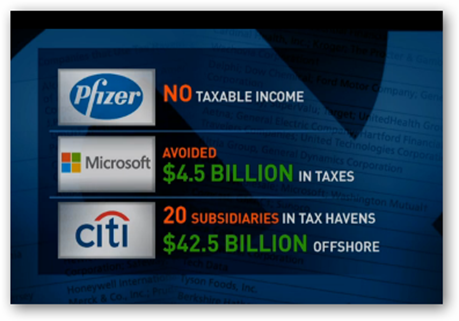 He discusses the recent Obama suggested Social Security cuts and again I hope this more of a game of liar’s poker to maybe just move the other side.  We do live in a very narcissistic society he says.  I don’t how long I have tried to get through to others about taxing data sellers for additional income as they are the ones that contribute to corporate narcism  by selling out the last thing some have left, their personal data.  You can read it all on my blog even to where medical data is being sold versus working with the FDA on research.  They found a way to make a buck instead of working “with” the government.  Read below..

In the healthcare side you may want to read this post as this is an incognito banker and myself in agreement on how technology is moving money and the failures, but we agree on dirty models and code.  Banks and insurance companies are not much more than powerful software companies moving the money algorithmically in their directions.

rely on antiquated methodologies of math too, so bump head guys and see what collaboration might do.  If you want more education in layman’s language, scroll down to the footer and watch the videos or go here for the Attack of the Killer algorithms and find out what Algo Duping is.

Money is all being moved by technology and those who are not part of it, us, the 99% are pawns per se.  I would also suggest reading this post on complexities as there’s an excellent video that that goes a little further here to explain the modeling processes with a video from Reuters TV, good stuff.  Every week you read about why companies keep things complicated, here’s the healthcare insurance version explanation and more..BD

The unprecedented level of economic inequality in America is undeniable. In an extended essay, Bill Moyers shares examples of the striking extremes of wealth and poverty across the country, including a video report on California’s Silicon Valley. There, Facebook, Google, and Apple are minting millionaires, while the area’s homeless -- who’ve grown 20 percent in the last two years -- are living in tent cities at their virtual doorsteps.

Saturday, April 13, 2013
My Commentaries , Other Items of Interest