Home » Medically Related » Other Items of Interest » Healthcare Scam Hits Up Seniors, Yet One More Good Reason to License and Tax Data Sellers, Where Do These Folks Get Their Lists and Did They Buy From a Licensed Data Seller..

Healthcare Scam Hits Up Seniors, Yet One More Good Reason to License and Tax Data Sellers, Where Do These Folks Get Their Lists and Did They Buy From a Licensed Data Seller..

As I keep saying the data selling business is at an epidemic stage in the US and it’s to the point to where it is interfering with a lot of other business in one shape or another, and here’s a good example…if the seller of the list of seniors was doing this without a license, easy enough, shut them down. 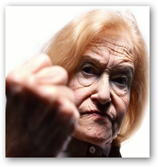 Right now we have zero, nothing but a bunch in DC that can’t see the billions in profits made with selling data by banks and companies.  If there’s no value, they make it up sometimes too with “new analytics” and the duping game continues.  Models get created that do nothing but make money with no concern for consumers, been going on for a long time on Wall Street and nobody seems to have the intelligence enough to call them on it.  Government needs to hire a different breed of investigators too, ones that can do a lot better than DOJ Manny, (Too Big to Jail Documentary) who in his PBS video looked pathetic and his body language proved no confidence at all.  A couple links below that outline the basic plan of this license and tax idea and it would also allow for privacy laws to be created, building on the quarterly payments and licensing.

Here’s a pretty scammy operation with data selling and you as a consumer can’t get or see what they have on you as due to a loop hole in the law where they classify themselves as a business consultant and in reality all they do is mine and sell you data and could care less if there’s any accuracy to it at all.  They sell a ton of credit information they mine off the web and some social sites too, so be careful.

So if we had a Congress that would pursue digital literacy in a little more serious manner some of this could be regulated and we could get rid of the scammers that prey on seniors.  Remember this is all run by IT infrastructures of some kind and laws need to begin spelling that out, or we have laws with no balls.  BD

MONDAY, April 22, 2013 (Kaiser Health News) — One recent morning, 86-year-old Evelyne Lois Such was sitting at her kitchen table in Denver when the phone rang.  She didn’t recognize the phone number or the deep voice on the other end of the line. “He asked if I was a senior, and I said yes, and he said we are sending out all new Medicare cards and I want to make sure I have all of your statistics correct,” Such recounts.

At first, the caller didn’t seem too fishy; he started by running through her address and phone number, just to make sure they were right. But then he read off a series of numbers and asked if it was her bank routing number. “I didn’t know really at the time whether it was or not, but I just said no. He said, well could you give it to me so I’ll have it correctly, and I said, well I’m not so sure about that. And he started to say something and I hung up.”