This gets scarier all the time and the chief anesthesiologist  as the video points out only had a 7th grade education.  These were just folks that decided to practice medicine the way they wanted to with abortions

and you know with all the abortion laws coming out with restrictions, this is a a sad example of what will probably emerge, more horrible clinics like this a people look for answers and find non credible place like this to get help.  When a patient is turned down from other locations with a “no” and then finds a yes when they are desperate, they fall into the hands of a nightmare clinic like this.  This story first came out in January of 2011.  The office functioned under the auspice of the Pennsylvania medical board with nobody taking notice.

Dr. Gosnell trained the employee, Eileen O’Neill  in house and the doctor told employees this is “ok” for just about everything he did.  In 1993 all abortions were stopped in Pennsylvania and “everyone sees what they want” here.  The patients didn’t have any money and sadly saw the clinic as their only solution.  According to the video the pictures shown on the screen were pretty horrific shown to the Grand Jury.  Gosnell is charged with murder of 7 babies.  Frozen fetuses were found and the doctor is accused of severing the spinal cords of fetuses to kill the babies when delivered and this was the “abortion”.

When I was a child growing up in Phoenix we had an abortion clinic and I’m going back to the early 60s and it eventually was put out of business and they were there to help patients with doing “good” abortions and stopping women from hurting themselves with the old coat hanger style of aborting a fetus which back then was killing women who were desperate for abortions.  I remember it was kept pretty quiet and all run as it should have been as far as a clinic should be and they did other procedures at the small hospital as well and the abortions were a side procedure  that was kept quiet for a long time.  When it was 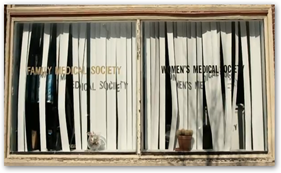 found that the hospital was doing abortions in the early 60s, it was quietly shut down.

This is of course not what happened in Philadelphia where they were doing what they wanted to offer those with little or no income what they felt was a solution.  The DEA when inspecting his offices for “pill mill” violations were the ones that stumbled on to the clinic and we know the rest of it from there.

Here’s the documentary with former patients from the clinic, several neighbors, and more.  The patients talk about “bloody” recliners and more filth.  This is very disturbing to watch and you hear about the “coaching” to tell these women that this ok and as long as you had the money, the procedures were done.  One woman died as a result of her abortion 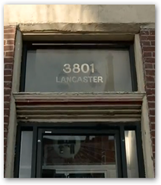 in 2009 with an overdose of anesthesia.  There were protests in front of the facility on several occasions.  The doctor even had a separate room in his clinic for “white” patients as he said they would be more likely to report him so this “cleaner” room was where the white patients went.  That is really bad as this gets into civil rights areas and and he assumed that black patients were less likely to notice?  Again it comes around to the demographics and what all were “sold” if you will by the doctor.  Nobody said a word about the filth which appears from all that is said was obvious.

We talk about “steroid” marketing today…will this is an example of sickest kind and was all about money and taking advantage of the poor.  BD

When you read some of what is out there, it is horrific even with cats running around and peeing in the facility.  Why the fetuses were kept too is strange but nothing about this clinic made sense though.  The trial is now in it’s 5th week as more information comes out.  Now the medical examiner in Philadelphia states the that fetuses were not born alive.  Again we will will have the politicians use this case backwards and forward to try to control abortions I’m sure.

Philadelphia (CNN) -- The remains of aborted fetuses were stored in water jugs, pet food containers and a freezer at a West Philadelphia abortion clinic, the city's chief medical examiner testified in the murder trial of the doctor who ran the facility.

Medical Examiner Sam Gulino told jurors Monday he had to examine the remains of 47 aborted fetuses, some of which were frozen, as part of the investigation into the charges against Dr. Kermit Gosnell.