Judge Orders Morning After Pill to be Available for All Ages, Thus Nullifying HHS 2011 Recommendation to Restrict That Countered FDA Recommended Approval–Science Prevails

I think we all remember this when the big public scuttle came out with Sebelius overruling FDA director Margaret Hamburg on the morning after pill.  That political move made a lot of people wonder why someone with no scientific 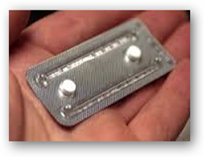 background would stick her neck out as such, but again it was one of “those” statements that clearly showed what I call a lack of respect for Science and the FDA that is under the department of HHS.  I say all the time that having someone at the top of HHS without “some” IT in their background has always been an issue as people that don’t have this can’t think on how to project how IT Infrastructure and data moves and now it was here in the science area too.  There were more than just me that questioned the very public dispute.

For goodness sakes the product can be sold over the counter to where a consumer “asks” for the product and not sitting next the to the bubble gum.  Kind of interesting too with the sequester taking full force now in many areas to not see the head of HHS take a nominal pay cut like so many of the rest are doing.  Just one the outside it looks kind of selfish in nature as she stated none of her department was affected, so granted a point there but how about the doctors getting a 2% pay cut?  I don’t know, it’s weird to see an HHS Department come out with some of the stuff they do at times.  I realize insurers backed the government into a corner with the private Medicare plans so that was the result here but again, I don’t think she understands how private industry uses business models and how much information and power the other side has.  There’s a bunch on the Hill too that the same can be said for that kind of sit there in digital illiteracy bliss for lack of a better way of putting it.

I have a lot of respect for the FDA and what they do as that agency is responsible for giving consumers safe recommendations and rules as relates to drugs and devices and the agency has been literally turned upside down in the last few years after having a former commissioner who was not very well in touch with the technology side and how it was impacting the US.  He had great knowledge with oncology and is very smart but was in office at the time the technology roller coaster began.  I just don’t get some of the stuff that comes out of HHS and again all I can relate it to is the lack of full digital literacy on how IT Infrastructure moves everything today.  Some of the folks at the FDA were afraid they would get fired for standing by their science.  I like this video of Dr. Hamburg addressing medical school graduates, tells you a lot about her.

with nothing brought to the table?  Again what makes the brains tick here is beyond me with some of this.  Sure there’s cheating out there but to take on an entire industry like this letter did was silly and shows that some didn’t understand that with electronic records that doctors would be able to document their time better and no longer take it in the shorts to “under bill”, and yes that happens too.  There was never a mention of HCA and their big press releases on how their revenue increased due to billing?

There’s other weird stuff that comes from some of the cabinet members too like a Homeland Security Chief who won’t use email using it’s not secure enough as an excuse for one, and a Secretary of State that says it’s ok to be stupid when we are working to move all up to higher education and learning methods.  Again with out some knowledge of some technology and IT Infrastructure I think that creates issues with some folks trying to express themselves in a world that doesn’t operate like the old days.  Of course we all saw the DOJ fall on their faces with technology with no use of investigating business models in Too Big to Jail.  5 minutes of DOJ Manny talking and you could hear the tones of “no confidence” all over the place as far as the investigation and methodologies used. Those days are gone forever and the government with such thinking at the top is in real danger being behind an 8 ball all the time and being reactive instead of pro-active.

Folks at such get duped into thinking that technology has certain black and white answers when they really don’t exist in some areas and again you see it flat out in what makes the news and folks that understand tech just kind of sit back shake our heads and wonder what’s next?  Well at least this judge has made some sense out of this long time issue and the

over the counter pill can now be sold and again stores will assume some responsibility in how it is sold of course.  Look at other products in the stores that are sold with discretion, but over the counter.   The judge went with science here and not politics, a good thing.

I had to laugh yesterday upon reading the Newt Gingrich was going to be one of the firsts to use Google Glass as years ago his group worked so hard to get rid of the Office of Technology Assessment (a non partisan tool for Congress to use to keep educated) and now there’s a huge move to bring it back as as the folks we elect “need a bigger brain” according to the recommendation of the Sunshine Foundation and they are 100% correct.  This would help educate and maybe curtail some of the nonsense we see in the media today with some of the off the cuff news that hits.

Again digital illiteracy really contributes to so much of this with being out of touch here and not taking the time with leaders to keep up.

This old paradigm of “it’s for those guys over there” still permeates in Washington as they have their money in pocket it seems. I said way back in 2009 that executives with technology education was going to be important and it certainly is, just read the news with conflicts and statements that make us look goofy sometimes.

In short these are areas to where science and statistics and studies make much more sense than one trying to further a career with taking a stand.  I guess we shall see more of this until digital literacy improves and it makes for good OMG stories and keeping all stirred up emotionally.  BD

A federal judge ruled Friday that the government must make the most common morning-after pill available over the counter for all ages, instead of requiring a prescription for girls 16 and younger. In his ruling, he also accused the federal government of “bad faith” in dealing with the requests to make the pill universally available, and said its actions had been politically motivated.

And it counteracts an unprecedented move by the Obama administration’s Health and Human Services secretary, Kathleen Sebelius,

who in 2011 overruled a recommendation by the Food and Drug Administration to make the pill available for all ages without a prescription.

Scientists, including those at the F.D.A., have been recommending unrestricted access for years, as have major medical groups, including the American Medical Association, the American Congress of Obstetricians and Gynecologists and the American Academy of Pediatrics. They contend that the restrictions effectively keep many adolescents and younger teenagers from being able to use a safe drug in a timely way to prevent pregnancy, which carries greater safety risks than the morning-after pill.

Scientists, including an expert advisory panel to the F.D.A., gave early support to that request. But top F.D.A. officials rejected the application because, some said later, they worried they would be fired if they approved it.

In his ruling on Friday, Judge Korman also raised the issue of politics, saying that Ms. Sebelius’s decision was “politically motivated, scientifically unjustified, and contrary to agency precedent.”