Home » Medically Related » My Commentaries » Other Items of Interest » Technology » CIOs Have Everything To Worry About Compared to CEOs Fiddling Around With Branding Perceptions Related to Profits, No Popularity Contests for the CIOs

This is not to say CIOs don’t worry about branding as they do but they have a lot of other items that come first by all means, like IT security, bring your own device security and just running their enterprise IT infrastructures, so that leaves the CEO with plenty of time to make blog posts about what they consider important with branding. Many CIOs 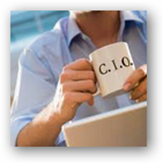 are also technologists as well so there’s even a great level of expertise in what they do as well.  Some companies are lucky to have “hybrid” people in those positions to where they have more than one point of view.  Bill Gates said in commencement speech at Berkeley a couple years ago that the “hybrids” were going to be the people in most demand and I think that’s true, ask any CIO as he’s juggling a lot while the CEO continues to talk about branding:)

I used this video in another blog post and I’m going to use it here as it discusses how journalists use big data and the future of what they do to report the news since I am talking about CEOs that like to spend a lot of time on branding.  Branding is actually kind of dangerous in some areas as it does push the corporate image but when pushed down a people level the things it instills are not as good so you interview a data base instead of a person.  With a stronger tie with branding, people in their every day life lose the “people” connections if you will and we see it all the time with less communication and less sympathy and empathy.  It’s the bad side effect of the branding game when marketed to the inth degree.  If you liked this video then scroll down and watch the Quants of Wall Street and learn a bit more, one of best documentaries that explains bank math to the layman.

Interviewing the data and branding

Today on his blog, Dr. Halamka from Harvard had a very interesting post as well in which he is discussing his job as a healthcare CIO “Losing the popularity battle but winning the career war” and it’s well worth reading if you want to gather some valuable insight into what these folks do.  As far as I’m concerned it’s too bad we don’t have him running HHS as he would be a good one as he is what I would call a “hybrid extraordinaire” as he is both a computer science genius and a medical doctor and has both focuses and folks like him are hard to find.

Here’s what he says about ICD10 and keep in mind he’s hands on guy all the way around.  By the way ICD10 software is now being sold with a “hold harmless” clause, sign of the times as when you read below the codes will have every bit of software modified to accommodate them and it’s a lot of work and time.

“ICD10 - this federal requirement is pass/fail and involves the entire inpatient/outpatient revenue cycle.   Every piece of software, workflow, and process needs to modified.    It will cost the country billions, have limited benefits, and should be considered high risk, given the coordination needed among payer/provider organizations.   It's bigger than Y2K for healthcare and has a firm October 1, 2014 deadline that no one in government is willing to change. “

What is the impact..he tells you as he has to do all of this…and he’s only one human…and tells you he’s not going to be popular as it’s going to take everything humanly possible to do the job…and anyone outside of Health IT has probably never been exposed to the very time consuming and exhausting work load.

“What is the implication for CIOs?   Spreading a message that ICD10, MU2, HIPAA/Audits, ACA, and mergers have consumed all available IT resources for the next year is not going to be popular.   I truly expect many stakeholders to acknowledge that these priorities are reasonable as long as their departmental needs are also met.   The needs of the many are good as long as they don't outweigh the needs of the few.   Unfortunately, the answer for the next year needs to be "not now" if institutional survival is the main thing.

So over the next few months, I expect my waning popularity to wane even further.   I will lose the popularity battle.   However, when the regulatory mandates are done and the institution's longevity is assured, my career will be intact.   Losing the popularity battle but winning the career war for the benefit of the institution sounds like right long term strategy but certainly will require strength of will, a thick skin, and constant communication.”

In my opinion too the news is way over done with touting chief digital officers and other such titles that have NO tech backgrounds as they will end up being a pain to the CIO unless they work with them as an extension of the CIO efforts.  Having a chief digital officer 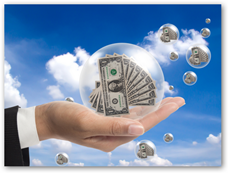 running around with a big “I Want” list doesn’t do anyone any real good unless they can see the entire technological big picture as a whole.   As I said consumers and the government are learning a read hard cold lesson on the complexities of IT Infrastructures today and don’t think that CIOs are magicians to make it all happen in an instant.  It’s not like it used to be at all.  I remember those days and yes I liked it as well as it was easier to create software solutions when they were in silos but that’s not what we have out there today at all.

So hopefully we can keep enough really good hybrids around doing the job of a CIO and not put an over abundance of pressure on them as they do and will break and when that happens we can pretty much say the perceptions of complex IT infrastructures and the undue demands of those who do not understand will be the cause of having fewer amongst us.  BD

CISOs think that 41 percent of CEOs worry about the loss of brand reputation and trust that comes with security breaches. CISOs believe that their CFOs will most worry about the financial loss the company may incur (47 percent), while again unsurprising, the largest number of COOs will worry about downtime, 42 percent.

But how about CIOs? Well none of them (according to the research) feel financial loss is of any concern to them. In terms of other concerns, they are more or less evenly split with 26 percent worried about loss of brand reputation, 24 percent operation down time and a lowly 18 percent worried about compliance violation. But most CIOs (32 percent) ticked the box marked 'Other': so CIOs worry about everything or nothing in particular, depending on which way you look at it.