Sounds to me like a whole bunch of Revenue Cycling Software licenses were purchased by Dignity as well or maybe there was credit given since this is a joint venture.  As I have covered lately we have seen a lot of this type of activity where I am in the OC

with leveraging their Non Profit MemorialCare subsidiary to build other not for profit and for profit ventures.  Recently in the news we heard about 5500 doctors who take care of Medicare Advantage patients being kicked out of network.  (link below)Where do the analytics come from for this, billing and claim data so here we go as a side product more analytics for United and their Optum division as their quest to hire

more and more Quants and other analytics employees continues.

Ever taken a look at the subsidiary companies they have and what they do, breath taking…talk about one company building a monopoly in many areas, this is it and following the same path as the banks, “too big to fail” and we get stuck with some of their stinky business algorithms for profit…not care..profit…CEO says so..”shareholders will profit” to quote him.

With complex contracts that use algorithmic formulas, doctors some areas are finding themselves paid less than Medicare according to the findings of the AAFP.  I hear that in the OC to where the ACO efforts are talked up but reality is they are buying up doctors groups and everything they get their hands on down here so they just cut doctors and hospital reimbursements and call it a good ACO move, what I hear on the street from some Monarch (owned IPA by United) and other subsidiary employees/MDs. 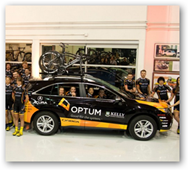 Comes To Coverage and Purchasing Insurance–Time to Begin “Sniffing Some Data”, To Include Labeling And Identifying Killer Algorithms

The company makes money selling software for sure as another example Cerner is also a reseller of the Ingenix accounting software which gets integrated into their systems and I guess this is now called Optum as I still do see some old Ingenix references out there.

Here’s another OC example of opening up joint clinics with UC Irvine at the link below.

in here too with some licensing revenue…it’s hard to tell but again they are licensed to sell the revenue cycling software and have been for 2-3 years…  Cerner recently lost their cloud server and is doing something to find another or move their 3 petabytes of medical records and data, well shoot who knows maybe a subsidiary of United Healthcare will fill the bill, as I thought Oracle might be the choice but on reading this, who knows…where is Cerner in all of this since the software will need to work with their medical records?  Dignity agreed to pay Optum360 $250 million a year for 10 years for its revenue cycle management services.

Is Optum the next member of the Commonwell Group?

It was also interesting to note to see the CEO of Mayo doing somewhat of a solicitation for United Labs too in the Harvard Review, that’s where the data selling with Humedica rolled in there will take place.

United Healthcare Buys Humedica and Gets More Data to Analyze ...

“The promise of the emerging science of health care delivery is profound, some

say game-changing, in its ability to both reduce costs and improve quality. The full potential will be realized through the distribution of the right tools and resources. One such resource is the work of Optum Labs, which we formed with Optum earlier this year. Optum Labs, an open R&D facility with a unique set of clinical and claims data, is being used to drive advances that will improve health care for patients and our country. We are now inviting others — providers, life science companies, research institutions, consumer organizations, and policy makers — to be part 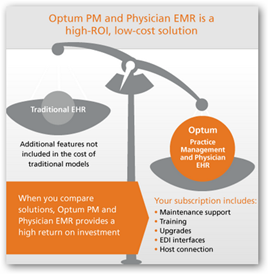 of Optum Labs. This opportunity to apply world-class analytical tools to both cost and quality will provide the evidence necessary to deliver care that reduces costs and increases quality at the same time. This effort will allow health care to finally measure value for patients and payers.”

You know this really gets interesting too as Optum advertises their EMR system with Practice management built in…yeah…uh that’s another subsidiary element.  If I were a medical records company I would play cautiously with these folks as again we all remember the 15 years of duping and short paying out of network charges uses the Ingenix sophisticated algorithmic formulas until Andrew Cuomo caught them.

of yet one more newly founded group…SimonMed…this gets interesting again watching the maximization of the “non profit” foundation owning 51% of the new company Wave Imaging a subsidiary of MemorialCare Foundation, the subsidiary of United Healthcare so in the announcement of Optum 360, no mention of how much of a stake Dignity has here other than the fact that Optum is the controlling interest.

Also of interest along this same line is the subsidiary Untied created to go after Epic medical records accounts..with a “new clearinghouse subsidiary”…this was a couple years ago…this was the Optum Insights division which was the old “Ingenix” which operates a little differently from Optum but they are all in the United subsidiary maize.

Also of interest the CEO of Optum Insights (United sub) spent a number of years at Cerner.  The Optum LYNX ED Charging application from Picis (another subsidiary) algorithm does the ER visit calculations with CernerFirstNet, their ER tracking and triage.

As another note United owns another company that solicits pharma and device companies to help them get their product introduced to the FDA, so when you

add in all their subsidiaries they can literally control a drug introduction all the way down to reimbursement and then there’s also the cheap hearing aids and the bank.

We know United is getting the better deal here for sure as they always do and in one area it took a ruling from the US Supreme Court to quit beating up on doctors with contracts that said they could not negotiate and litigate against the company…they fought it that high…greed and stinginess to highest degree as the contracts had stated it had to always be “one doctor against the corporation”…that was a result of an Oxford division lawsuit which began in 2009 and was just settled a few months ago.

…just me thinking but after years of watching them operate, doubts and questions do arise, and then there was the QSSI deal to where HHS Sebelius ran around trying to put up a firewall around their data so United could not touch it after the purchase was announced…again no match there for the sophisticated math models and algorithmic formulas of health insurers.  Link below tells a bit more about that one and the SEC rules that kind of stuck it to HHS with SEC reporting.  BD

To meet the growing demand for greater transparency, simplicity, and value in health care billing, Dignity Health and Optum have formed Optum360, a major new venture that combines the companies' industry-leading revenue cycle management capabilities. Optum360 is dedicated to transforming the registration, documentation, billing, and payment system so it works better for hospitals, health systems and other care providers, and delivers a better patient experience.

With a workforce of more than 3,000 employees from Dignity Health and Optum, Optum360's revenue cycle management services can meet the large-scale needs of major hospitals and health systems, and enable new care delivery and risk-sharing models, such as Accountable Care Organizations. The venture joins Dignity Health's proven revenue cycle operations expertise and scale with Optum's market-leading technology, expertise in ICD-10 readiness, and a client base of thousands of hospitals and physician groups. Optum serves more than 300 commercial and public health plans, and its deep payer operations expertise will be applied to making administrative processes between payers and providers more direct, faster, and simpler.

Approximately 1,700 employees from Dignity Health and 1,300 employees from Optum make up the initial workforce of Optum360, which will be the exclusive revenue cycle services provider to Dignity Health's hospitals, clinics, and physicians. Optum360 is also working with additional major health care provider partners nationwide and plans to announce these relationships in the months ahead