This has been a long ongoing process and the first case brought against the former programmer was totally botched and the man did not have a jury of peers as where do you get one for sophisticated while collar technology crimes?  He didn’t have one and eventually a judge tossed it out, who must have done some real research to see the scam legal case Goldman put on. 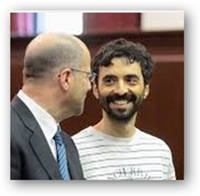 It was really bad as anyone could flash some written code on a screen and court and say that was it and a jury of common consumers would have no clue.  Now it appears there a bit of restitution for Mr. Aleynikov who has been through hell to say the least.

The state of New York is now trying to prove the case, good luck!  Digital illiterates live on and the time would be better spent asking Goldman to get some of their code and models reverse engineered so we can see if they in fact were using clean code through out the processes of their business for years, but of course first we need some real quants and sleuths that understand this employed by the SEC and looks like with a lawyer at the top that's not a reality we could look forward to seeing, but it’s where the action takes place with math models and code.

Scroll down to the footer here and watch video 2, the Quants of Wall Street and you will get it.  The link below tells kind of an odd story with the FBI agent misunderstanding what “subversion” is by his own admission, there you go, more digital illiteracy with investigating such cases:)

Now Sergey is getting some court ordered relief on the legal bills as the judge said they need to pay up as they have an established procedure of covering legal bills for officers and the judge say that is what Sergey was.  Actually from what I read about his background he’s very smart and maybe Goldman should hire him back as his talent goes beyond just programming and he has qu 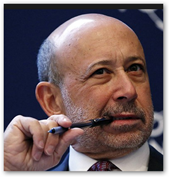 ite a bit of software engineering experience under his belt.  In August Goldman has their massive trading errors hit them, a programming error.  We all know bank CEOs don’t understand their own models thanks to Jamie Dimon who was on video a few times saying “I don’t know” when asked about the JP Morgan models.

Goldman can seek reimbursement if Sergey is not successful in his court case and again the state of New York would be wise to drop it.  The man needs to get a “life” back.  The case might cost Goldman $4 million, a drop in the bucket for the bank.  If stolen code is the issue, I would say let’s run what gets confiscated by law agencies and see what it does to determine if in fact the code has value.  I asked back in 2009 how far this has gone in healthcare as well with math models and algorithms that are proprietary code?

It’s going to be interesting to see what the state of New York does..again with recent IT infrastructure stories n the news and with no real ability to prove this case it appears at this point, I think they should drop it and move on.  BD

It has paid more than $35 million in lawyer fees for a former director, Rajat K. Gupta, who was convicted in an insider trading case of leaking boardroom talks to the hedge fund magnate Raj Rajaratnam. In the case of Mr. Gupta, as a director, he was entitled to have his legal fees paid under the bank’s bylaws. Mr. Gupta has agreed to refund Goldman if a court denies his appeal.A federal judge has ruled that Goldman Sachs must pay the legal fees of a former computer programmer accused of stealing code from the bank, a decision that wades into a hot-button issue as more and more Wall Street employees find themselves ensnared in lawsuits and investigations.

In an opinion issued on Tuesday, Judge Kevin McNulty of Federal District Court in New Jersey said Goldman had a legal obligation to pay certain lawyer bills for the former Goldman programmer, Sergey Aleynikov, because he was an officer of the bank during the time in question.

“I hold that the term officer encompasses Aleynikov’s position as a vice president of GSCo,” the judge wrote.

Mr. Aleynikov’s situation has been one of the more unusual white-collar criminal prosecutions in recent years. After Goldman reported him to the authorities, both federal and state officials have each brought charges against him. Now, depending on the final outcome, the government’s actions against Mr. Aleynikov could cost Goldman more than $4 million.

Judge McNulty disagreed with the bank. He ordered that Goldman advance Mr. Aleynikov the money that he was spending to fight the state case, an amount already exceeding $700,000. Goldman is expected to seek reimbursement from Mr. Aleynikov if he is unsuccessful in his defense.

The court also said the bank must pay reasonable legal fees that have been incurred by Mr. Aleynikov fighting Goldman on the legal-fee issue. Thus far, those fees are $1.1 million, though Goldman could dispute the amount as unreasonable.

Tuesday, October 22, 2013
My Commentaries , Other Items of Interest , Technology