Home » My Commentaries » Need a Laugh » Other Items of Interest » Technology » Healthcare.Gov–HHS Sebelius Testimony With House Committee on Energy and Commerce, Technologists Pull Up a Chair And Get the Popcorn Ready for “One Heck of a Show”- We Are Going To Learn About The Sorry State of Affairs Of Digital Literacy With Our Government All The Way Around…

Healthcare.Gov–HHS Sebelius Testimony With House Committee on Energy and Commerce, Technologists Pull Up a Chair And Get the Popcorn Ready for “One Heck of a Show”- We Are Going To Learn About The Sorry State of Affairs Of Digital Literacy With Our Government All The Way Around…

If you read my blog often enough then you know I hate gamification and this show down looks like it’s going to be some version of that:)  This goes for both sides.  All we need now is a final encore of Diane Feinstein telling us more about what the NSA does at the end:)

Both sides are going to be very entertaining as there’s not an adequate understanding of how complexities of IT Infrastructures work today on either side. This entire project with the insurance exchanges has been a hard learning experience for government and consumers as it is a lot more difficult than it used to be, I know I used to write code and was one of those who spent many late hours on the computer developing and getting the code to compile correctly as well as extensive time working with some complex SQL queries and it’s much more complex today.  You can read the link below and I said in September exactly what the President said today, use alternative methods to enroll.

I said back in 2009 that Health IT would eat her up and questioned Deparle as well.  Here’s the links below from the archives and the DOJ and SEC have the same problem as we need “hybrids” in there to run IT Intense agencies, as the old figureheads can’t cut it in today’s complex world.  I don’t think any of them realize that all laws have some pretty screeching algorithms and IT infrastructures attached to everything they do in Congress either.  That side needs to have the Office of Technology Assessment restored, for all of them, non partisan.  Here’s from the Quack in 2009…and I’m not a genius I just think logically and use data mechanics methodologies with all of this.

“Now if she has some IT background in addition to experience in the insurance area, then I can take all of this back, but when are we going to quit focusing on the “political” folks and put the “smart” folks in these crucial positions. Other positions may not require the same levels of “hands on” experience, i.e. the Secretary of State where that is a highly diplomatic position, but HHS, come on, this all about Health IT, so we are getting the very short end of the deal if we shop at the “political” store.”

“I hope we have 2 individuals with some brass tactics experience with Health IT here.  The responsibilities for both positions has changed so much in getting reliable systems and data in place for the agencies to function.  Without some first hand Health IT knowledge I’m afraid of what the ending results could be.  Again, nothing personal here, just my opinions on what I feel is needed for success.”

If you go back to 2012 you have the GOP members wanting an update from HHS on Meaningful Use and this was way over the head of the GOP as well,

both sides suck and are just as equally digital illiterate!   Even Dr. Halamka wanted to explain to the committee as he wrote on his blog at Harvard.

At this point I don’t know which side is going to sound worse, both are just as bad as the GOP lacks luster as well, maybe more green eggs and ham.

“The short order code kitchen burned down a few years ago”

Now I do not believe in repealing Obamacare at all but HHS needs new leadership and the exchanges will get fixed in time, so pick up the phone and enroll.  There may need to be more adjustments but damn folks, wake up, all of this could not have been avoided.  Here’s a Senator from Illinois that was her friend and is demanding she resign.  I said about a year ago it was time to resign with dignity.   Health IT has eaten her up and she’s no contest for the extreme math models and algorithmic formulas used by insurers and gets duped and duped again.

Now for a little about the other side who’s also going to take this and jump all over and complain, and many of them are just as bad and couldn’t have done this job either.  It’s like a bunch of kids anymore and we as consumers suffer.  Here’s a popular post of mine from a few days ago, let’s put Congress on pay for performance and get them a wellness portal so we can start creating performance metrics and sock them with a few behavior modification algorithms and see if we can help fix them like insurance companies all want to do with us.  It’s time for some real assessments on all of them making laws!

Senator John McCain: Another Demonstration of Why Congress Should Reinstitute the Office of

Put John McCain and Ted Cruz in the same room so John McCain can sit and play poker on his cellphone while Ted Cruz reads Dr. Seuss, a match made in heaven no less:)

What's unexpected is that the effort is being led by a senator from Sebelius' home state, Kansas Republican Pat Roberts — someone she's long had close family 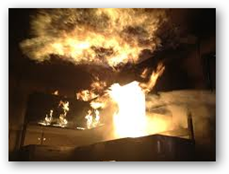 and professional ties to.

Sebelius had served six years as governor of Kansas before she came to Washington at the start of the Obama administration. When she did so, no one seemed prouder than Roberts.

"It is a special and great opportunity for ... a Kansan to be represented as a member of the president's Cabinet," Roberts said at Sebelius' confirmation hearing in 2009.

Monday, October 21, 2013
My Commentaries , Need a Laugh , Other Items of Interest , Technology