At first this might sound odd but when you read below the recommendations are to have $5 million in the bank during the transition as with all new data systems it takes a while to transition over and ICD Coding will impact everything from medical records, to insurance claims to government reports and will be touching many IT infrastructures. 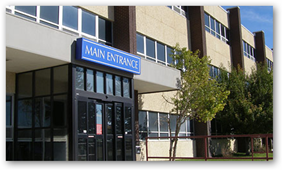 Many have said, including Dr. Halamka at Harvard that this is an added IT headache of sorts but even an organization that size will have disruptions even larger than this hospital in Wyoming is anticipating.  Below is a clip from his blog, Life as a Healthcare CIO from a couple days ago….

“As I've written in my blog many times, ICD-10 will become a crisis for the Obama administration.   Payers and providers will not be ready by October 1, 2014.   Documentation systems and clinician billing process changes will not be mature enough to support a successful go live.   More time is needed.    My experience with IT crises is that you can survive one at a time, but a succession of problems creates a pattern that users and oversight bodies will no longer tolerate.   I hope the premature go live of the Health Insurance Exchange results in a review of ICD-10 go live dates.”

The new coding system was fine when it was created but right now it is also creating more sales of Health IT software and not just a coding program itself, but now platforms too that integrate and translate from the 9 format to the 10…this hospital says they only have a million on hand and could only operate 19 days without getting paid and that’s tight.  Kind of the industry standard out there being spoken to be prepared for is to be able to go up to 145 days without payments…and that may not be a bad estimation at all as remember we have a lot of other things going on in Health IT today.  It takes money for the software and there’s no guarantee how it will work or how long hospitals and doctors will have to wait for payment.

We hear that insurers are ready but we have heard things like that before and they really don’t know until the new claims come in so there’s even a new interest with clearinghouse services that scrub billings too.  BD

With changes to health care stemming from the Affordable Health Care Act beginning to roll, Memorial Hospital of Carbon County is anticipating a big financial hit.

The International Statistical Classification of Diseases and Related Health Problems is slated to be revised, taking effect Oct. 1 of next year, said Ned Hill, hospital CEO. Those changes are an entire revision of the coding system used by the health industry. Hill estimated that it would take four to five months for the industry to get used to the system and begin using it correctly.

So, to prepare for that change, the government is recommending hospitals retain about $5 million cash in the bank — four to five months’ worth — until the new system is operating properly.