Home » Insurance » Medically Related » My Commentaries » Technology » Insurance Company “In-Network” Complex Erroneous Algorithms Continue to Wreak Havoc With Patients and Doctors When It Comes To Coverage and Purchasing Insurance–Time to Begin “Sniffing Some Data”, To Include Labeling And Identifying Killer Algorithms

Yes indeed we all know that insurance companies rely heavily on analytics to make business decisions and the one made this week by United Healthcare is a perfect example.  One swoop of the parameters of analytic more than likely modeled by a company Quant lead to this swift action.  It’s the way they operate and has been going on for a long time.  In the past we had the “breast cancer algorithm” from WellPoint to where those afflicted found themselves dropped from coverage and Obamacare is stepping in here to stop some of those mathematical models.  Here’s the United model with subsequent algorithms that generated mass 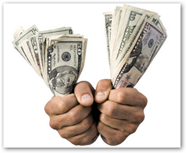 letters to doctors who were in the parameters of the math models of providing Medicare Advantage coverage.  Like I said run the math model and boom, out go the letters.  This is all math, just like they do on Wall Street.  Scroll on down and watch the second video called “The Quants of Wall Street” to see how this works in finance and it’s about the same with insurance as insurers have hundreds of Quants on their payrolls.

After the letters went out there have now been reported errors and that some doctors were in fact not fired…this is what health insurance business analytics is all about and has been for years and now the cherry picking is becoming even more refined…it’s the algorithm that runs and does this.  I wrote a series of blog posts called “The Attack of the Killer Algorithms” with every day examples of how formulas running on servers 24/7 making life impacting decisions about all of us.

“And it's not clear to some doctors if they are in or out of the network because some received notice erroneously, according to both the Connecticut State Medical Society and the Fairfield County Medical Association.”

as she would be no contest and subject to a lot of Algo Duping.   You have to remember insurers “design” complexities to work this way as it means more profits for them.  I’m not the first one to say that as in the last year Bloomberg for one has had several articles stating the same thing, they design it that way on purpose and even the mostly useless Heritage foundation surmised that as well.

Aetna was in the news quite a bit with their firing letters to doctors as well and in California doctors sued Aetna over this. Any wonder why Aetna pulled out of the California market as the doctors were not going to work with their analytical bean countings.  You can read the link below it was all a math model with subsequent algorithms that did this.

of California doctors that ended up being a mistake firing them, Chapter 25 of the Attack of the Killer Algorithms. So what does one get with insurance and when it comes to the insurance exchanges give them a little slack as far as doctor listings as this is what they are dealing with as well, created by the insurance companies.

United by the way too also pulled out of California as well as Aetna for providing individual policies.  Great post here on what is called “Sniffing the Data and being a Skeptic” when you need to be.  This was published as an O’Reilly free e-book and I highly recommend to all.  The insurers are to to publish their quarterly profits soon so let’s see what happens there.  You also should be aware of the many and varied subsidiary companies owned by insurers today that put money to their bottom lines as we end up with some of the insurer subsidiary companies selling doctors and hospitals solutions in software and consulting as being subsidiaries of those exact companies that are cutting doctors and hospitals from networks.  I call it “subsidiary watch” and it’s how they sit under the radar from public and government knowledge, that is unless you look them up.  I spotted some of that a couple years ago with questions.

So the situation of the United Killer Algorithms and math models for this decision making process is now leaving a lot up in the air.  These analytics are run all the time and when one designs the algorithm to send out the letters they come alive.  In addition, with all the reports and studies from insurers, it’s a good idea to watch video #1 from Charlie Siefe at NYU in my footer as he helps you understand when you are being “duped” with numbers.  I love the comparison with the clinical trial case where “the fish was dead”..he talks about context and you are hearing a lot about that today.  See how you can get duped and there’s more videos here on that topic as well.

United Healthcare has so far declined to release a list of doctors they dropped, probably back to the drawing board and applying some heat on the Quants

and the business division on how the math model and subsequent algorithms were applied with policy…that’s what it is folks, math models for profit.  Some of the facilities, like a dialysis care unit is working to see if they can quickly move patients into standard Medicare so they don’t lose coverage and remove them from their Advantage coverage.  Patients will of course face higher bills too with out of pocket payments for some of their services unless they can find another insurer where they can get coverage, but will the insurer “me too’s” not offer it?  We don’t know yet until this is investigated further.

Now this becomes a federal issue to determine yet if United’s network is adequate, which will be interesting due to the current state of affairs at HHS with not having enough technologists on board to fore see this.  I do it all the time with with a lot of this and you have read it here, so again as I said HHS gets lost in the shuffle with their priorities with stuff like Facebook contests and spying further on HHS employees with signing contract to refine their analytics on what the employees say to each other, bees in her bonnet with other strange stuff that has come out of that agency with their strange priorities, like this one from last year which was pretty much on the same level with DOJ Lanny with no tech knowledge and a lot of whining on why he couldn’t do his job either.  I mention this as we had the DOJ involved in this letter telling all they were big liars, again not understanding data and technologies so I hope Connecticut gets some

better advice than this example and hope they are not told they are all liars:)

To me this indicated the perfect time to begin to question the math models for profit and subsequent algorithms used by insurers..can those models be reversed engineered so we can see the elements that go into these decision making models so we can determine if the model was designed accurately?  The results of the model certainly were not accurate…time to get into some math and government should get some real “data sleuths” on board so they know what occurs on the other side soon…otherwise this will keep rolling, just as it does on Wall Street, otherwise as the link below states, this what we get…

News as such is a waste…and takes us all back to the old witch hunt paradigms with both Congress and HHS..…BD