Cluster Algorithm Analytics, some of the complex math models that the government can’t keep up with at CMS as they change rapidly and are based on profitability. 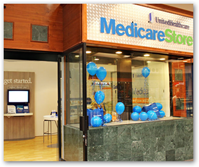 Here’s a partial explanation of what this is from Wikipedia and yes it’s a bit deep for the layman but I keep saying government needs some better data sleuths to keep up with and understand the data mechanics used by insurers so if you get nothing more than the fact that this is a very complex methodology, then I have made the point.   It’s taking basic segmentation and applying a number of additional analytical algorithms for decision making.  The same methodologies are used in genomic research and we all know how intense and complex that is, well same methodologies are used by health insurance companies and so you wonder why it’s so complex out there, well here’s your answer…here’s a company that is even selling the term “black box” like you hear on Wall Street with Hedge Funds..a bunch of algorithms…and reading the couple paragraphs below you will understand why you get hit with a survey right and left anymore (grin).

“Cluster analysis itself is not one specific algorithm, but the general task to be solved. It can be achieved by various algorithms that differ significantly in their notion of what constitutes a cluster and how to efficiently find them. Popular notions of clusters include groups with small distances among the cluster members, dense areas of the data space, intervals or particular statistical distributions. Clustering can therefore be formulated as a multi-objective optimization problem. The appropriate clustering algorithm and parameter settings (including values such as the distance function to use, a density threshold or the number of expected clusters) depend on the individual data set and intended use of the results. Cluster analysis as such is not an automatic task, but an iterative process of knowledge discovery or interactive multi-objective optimization that involves trial and failure. It will often be necessary to modify data preprocessing and model parameters until the result achieves the desired properties.”

“Cluster analysis is widely used in market research when working with multivariate data from surveys and test panels. Market researchers use cluster analysis to partition the general population of consumers into market segments and to better understand the relationships between different groups of consumers/potential customers, and for use in market segmentation, Product positioning, New product development and Selecting test markets.”

So now when we read about United Healthcare and cutting more MDs from their Medicare Advantage network one has to begin to wonder what are the clustered algorithms they are using to make these deductions?  Why is Aetna opening the door when the other one changes.  These are all the complexities and can create quick decisions with model building insurance companies with little notice, like what happened with United Healthcare.    Below is a link where I recently covered the error factors and how they are creating mass confusion as an insurance company will run the algorithms and then decide to act on them quickly or immediately, like United did with no explanation, it’s a numbers thing.  The ability to participate in certain types of insurance today lies in the “black box”…just like the ones used by Hedge Funds.

Thank goodness the insurance industry is not into speed like Wall Street with their “black box” cluster algorithms that search out and interact with other algorithms as we would never know what type of insurance coverage we would have by the second (grin).

If you have not looked at how financial models work then take a look at the Quants of Wall Street Documentary as they do a very good job explaining how math intersects with financials and the same types of algorithms are applied with health insurance, so do you see why I keep saying we need more data sleuths in government so they don’t get Algo Duped?  This is where the Killer Algorithms come in to play.   The Quant documentary is also located in the footer of this blog along with 3 other great educational videos created by people smarter than me that are the level to where a layman can benefit, scroll down and watch them.

In California, with the exception of employer based insurance, both United and Aetna are out of the game with individual policies.  Aetna couldn’t find enough doctors for quite a while out here to accept their payment contracts as they were so low as I was told by a few doctors and yes it was hard to find doctors in California for policies purchased via AARP so they gave up and left town.  Both companies, Aetna and United focus on employer policies, where the money is.  It will be interesting to see what Aetna comes up with as far as their big announcement on expanding their networks, will the the individual polices gain members or is this only for more employer backed insurance?

So the doctors in Florida appear to be in the same “risk” and “profit” black box as the doctors in Connecticut with the same type of cuts being orchestrated.  It’s all about the shareholders as the CEO of United tells us that “they will prosper”..one way or another it seems.  I questioned even this last press release as well and how do share holders even interpret some of this I said and how many lawyers might it take to write press releases anymore as the complex clustered algorithms drive business directions?  Furthermore, how do you make sense out of this new subsidiary to where Dignity is paying United and somewhat paying themselves a little money and Cerner, the medical records company will benefit with software sales.

THESE ARE COMPLEXIES DRIVEN BY CLUSTERED ALGORITHMS USING SEGMENTATION.

As a policy holder and a doctor today, that you are just another brick in the wall when it comes to cluster analytics…and those can change overnight.  Medicare Advantage plans are those that use insurers to run the HMO like policy here and what’s interesting is with all of this is the fact that you see insurers handing to like contracts to where they manage Medicaid which is supposed to be the bottom of the barrel with compensation, right?  BD

The AARP/Medicare Complete plan offered through United Healthcare notified patients last month in advance of the Oct. 15 start of the Medicare enrollment period. In the letters, and in subsequent interviews with The News-Press, the company said reduced government funding of such plans was a contributing factor.

“We’re looking at a more focused network of physicians, especially to deal with some of the financial pressures that have come down and cutbacks, quite honestly, in the Medicare Advantage program and other government-sponsored programs,” said spokesman Tyler Mason.

The changes do not apply to United Healthcare’s commercial, Medicaid and Medicare supplement plans, according to the company.

United Healthcare would not say how many providers it will remove from plans in 2014, nor would it provide the entire list of practices affected.