We knew their entire program was nothing but marketing from the start.  The CVS store near me has replaced the tobacco section with lots of alcohol for sale behind the counter so what’s up with that?  We have a big retail chain talking out of both sides of their mouth with being holier than thou it appears.  You know it takes a lot of data work and time to provide consumers with “approved” lists of where you can go get 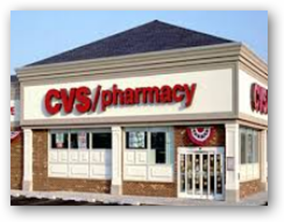 I could care less what else a store has on their shelves as I go to get a prescription filled and I want that part of their business done right and taken care of and not this other political nonsense that goes on.  Fine if they have made their decision not to sell tobacco products as it doesn’t affect me one way or the other.  If they want to improve their perception in that fashion, so be it but for God’s sakes can they just stop there without crossing over into being algorithm assholes?  How about this chain of drug stores they bought?  Are they going to be on the OK list?

You know we have Nancy Deparle that sits on the CVS board who was responsible for writing the Affordable Care Act and she said in an interview “Private equity is so much more fun and what she likes”, so she bailed and left her old buddy Sebelius holding the bag at HHS.

Look they want to buy another big drug chain in Brazil as they already one big one in that country.

In addition CVS faces big fines in California for letting Vicodin run out the doors of their stores.

This was what I said about their entire marketing scheme they played to the hilt.  Who cares, I don’t go there for tobacco products, just take care of my prescriptions.  You all got suckered in on this as we don’t have time as consumers to think about companies and what they do, but rather we have to look at all the data they sell about us and how to stay off their radar.

What makes everyone so mad here is that this is punishing everyone, so now one can’t go to Wal-Mart, Walgreens or Rite Aid to get prescriptions?  In some rural areas, that’s all they have so they will down for the bigger co-pay as there’s no other choices.

There’s always the auto-refill games played by CVS too with capturing your refill and the pharmacists were put on quotas to get so many of those which was not fair to them at all either.

This extra co-payment is going to hit the poor right in the pocket book and CVS doesn’t care at all , they just want more money and are too big for their britches with this latest move.  Again, we don’t care what’s on the CVS shelves or any other drug store so stop the crap and quit hassling consumers who don’t smoke and only have one or two options in small towns where they can get their prescriptions.

This is why the cost of drugs are so high as this costs money to put in data systems and run additional algorithms at the PBM level as there’s a lot of things they are analyzing about you there to include the FICO medication adherence scores, and yes of course they sell that data on you as well.  It doesn’t come under HIPAA so they can sell all they want in that area and make their 1 to 2 billion a year doing it.

Read below on how they generate data for the FICO medication scores to sell about you.  BD 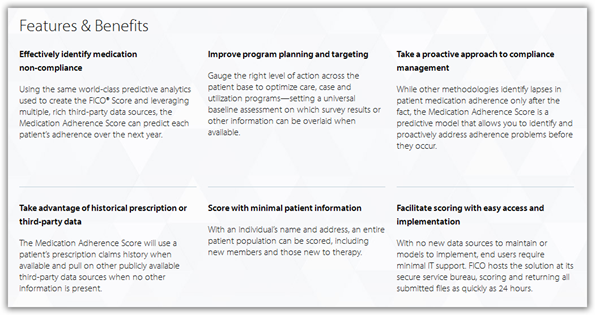 Last month, CVS Health CVS +2.25% purged its 7,700 pharmacies of tobacco products in a gambit to embrace a commitment to improving public health and generate goodwill. But the move comes with a price – an estimated $2 billion in annual sales will be sacrificed.

Now, the company is hoping to find a way to compensate for that bet. Its Caremark pharmacy benefits manager, which is one of the largest in the U.S., will soon require some customers to make an extra co-payment, in some cases up to $15, on any prescription that is filled at a pharmacy selling cigarettes and other tobacco products, according to sources.

As a result, CVS and other pharmacies that do not sell tobacco products, but do participate in a network managed by Caremark – typically, for health plans and employers – will have an extra incentive to attract or retain customers. Participating pharmacies, including some large chains, that do sell tobacco products will be at a disadvantage.