Home » Medically Related » My Commentaries » Technology » Sadly It’s Ebola That’s Bringing the US Kicking and Screaming, To Our Knees–We Must Deal With the Real World Solutions, Not Virtual World Values This Time as They Won’t Work…

Sadly It’s Ebola That’s Bringing the US Kicking and Screaming, To Our Knees–We Must Deal With the Real World Solutions, Not Virtual World Values This Time as They Won’t Work…

I write about this topic quite a bit as I see it all the time with folks confusing virtual world values for those in the real world.  Granted there’s analytics, software and all kinds of virtual tools that make life efficient, entertaining and informative for us but when it comes to Ebola, you can’t put out a study that’s going to fix it any time time.  What can be done and what is being done is real time training protocols for humans and that can’t be done fast enough.

A few days ago there a good discussion on the Rachel Maddow show about this and she brought up how folks are always wanting to assume there’s either a high tech solution or problem when in fact this is low tech.  The representative from CDC was 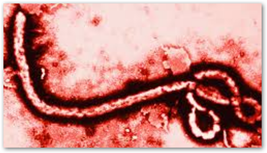 pretty straight forward and said “hospitals can’t afford training on large numbers of all these protocols” and I think a good point was made so there could be some picking and choosing, trying to determine what exactly would be the areas that would be like to have impact at their facility.  Ebola was maybe not a high priority item in the past, but it is now as the world changed so quickly too.

Let’s step back to the VA crisis and see what occurred there.  I you watched the initial Anderson Cooper interview he walked away amazed saying “all they could talk about were their numbers”..and he was right on as we have become a society addicted to numbers, stats, you name it and it takes you off into a “virtual world” as Mike Osinski said (he was the creator of the software that all the banks used and abused for the sub prime scandal) “with software you can do something about everything, but what really counts is what happens in the real world” and he continues on to say “this is what matters, the real world”.  By the way scroll down and watch video #2 in the footer to listen and hear Mike talk along with some other very smart former Quants.  They get it and are sharing the knowledge for our benefits, time to listen up I think.  When the report came out about the VA, read the link below, as they came out with their stats and so on and said they really couldn’t tell if anyone died.  That made everyone mad, especially the doctors who were the whistleblowers, and quantitated justifications didn’t work.

I’m a former developer myself and have not written code in a few years as I myself wanted a tiny bit of a life back if you will.  If you watch the Quants documentary in the footer #2, it’s like what Mike says, it consumes you and it did that to me so I do get and understand both sides of the addictive process from the developer and the user side and the power that the developers and quants have.  You have no say so as Paul Wilmott says “The quants are the business” referring to executives at banks that don’t have a clue either.

So now coming back to Ebola, certainly everyone’s on high alert to fix and change things in “the real world” this time as there’s no amount of stats and numerical justifications that’s going to fix anything, the virtual folks are stuck having to come out of virtual land and deal with the real world.  The real world always comes back no matter how far you get lost or confused with virtual values.  At the time I said the VA was just the tip of the iceberg with this big problem of confusing virtual with the real world and here come Ebola to bring this forward.

Medicare Penalties for Hospitals To Take Effect Later This Year With Patient Safety - Can We Learn From the VA On Not Being “Stat Rats” And Attain The “Desired Virtual Numbers” In The “Real World”?

Initially the “blame the technology” issue was tried and as Dr. Halamka said in a recent interview “we ate that one too” as when

more details come forward it was not the fault of the electronic medical records and in fact there were several elements that lead to what occurred.  Again we are talking “real world” here again and not going off to a virtual value of an electronic chart to find full blame.  I had a few dispute that with me and I did agree on the fact that people are being forced to work under undo pressure though and some facilities do rely too heavily on the virtual values when in fact it’s a combination of humans and machines so again we come back to balance and not finding something to blame 100%, so when that doesn’t occur everyone is still unhappy as there’s no one named villain as none of this was on purpose and we know that.

The latest tragedy is a nurse who contracted the Ebola virus which occurred in the course of caring for the patient, indeed sad and of course it’s not fair that someone who’s giving their time and caring for a sick patient to have this happen.  It makes me very sad to see this happen of course.  Again, this is the the real world here again and bad things happen to good people and we all hate to see that occur by all means.  So again the next soul and solution searching team goes to work to see what can be done to prevent this again, and hopefully there’s an answer, but we really don’t know but we all want one for sure.  We live in a world of variables for sure.  Paul Wilmot makes this very clear in this video clip.  He talks about 100 bottles of beer and how the environment changes and varies the real world and this is why stats and math models don’t always work.

I’ll put this link in here again even though I tweet it quite frequently about the real and virtual world values, we have a big problem and again it’s sad that Ebola is maybe the element that it’s going to take to break this chain as it’s out there every day.  Watch the 4 videos in the footer and you’ll get the idea on a lot of this on how you get fooled with “virtual values” and go visit the Killer Algorithms page for more if you like.  Right now there’s nothing virtual out there with Ebola and we can’t afford to be confusing virtual and the real world right now at all, this is all the real world happening in front of our eyes.  BD