This is good to hear this side as without the nurses and healthcare workers, nothing gets done.  Two emergency 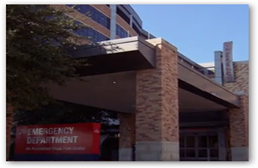 rooms talked about their reactions with the patient.  They also talk about their protective wear.  They were very frightened and went to work and took care of their patient.

The part of the nurses risking their lives speaks well here and we have not heard any of that.  When you listen to the vomiting that took place, it sounds like it just sprays the rooms as the patients with Ebola have no control when it really kicks in.

The patient didn’t originally tell them what part of Africa he had returned from.  The healthcare individuals were not getting the exact stories and that made it even more difficult.  One room normally for 24 patients was cleared out and set up just for the patient.   The nurses were working 14-16 hours a day.  The one nurse cries when he talks about how his family was not able to be with him.  He was the nurse that was with him when he passed away and said it was the worst day of his life.  BE

October 26, 2014, 8:01 PM|The medical staff who treated Thomas Eric Duncan, the first Ebola patient diagnosed in the U.S., tell the inside story to Scott Pelley; and, while profiling Foo Fighters and their frontman Dave Grohl, Anderson Cooper joins them for an exploration into the roots of American music.

Sunday, October 26, 2014
Medically Related , My Commentaries , Other Items of Interest