Alere is a consumer and professional medical diagnostic products maker and Optum will buy Alere Health and all of it’s subsidiaries to add to the army of subsidiaries Optum/United already owns.  United Healthcare has been hiding in plain sight for years scooping up one company after another and it’s amazing that people seem to be oblivious to this fact and if you read here often enough, then you know better.

The link below from 2013 has a ton of their subsidiaries listed along with others you may not be aware of to where either directly or via a subsidiary they own 51% controlling interest.

It’s an $600 million cash transaction here and at this point one might begin to wonder how leveraged the company is and remember the largest shareholder that sits on their board is the CEO of the largest HMO system in Brazil they bought a 90% interest in last year.  Alere’s shareholders don’t even need to approve this either.   Alere has two sides of their business and as I read this, Optum is buying up the management side, you know the same old thing, more analytics to manage people and they have contracts with big corporations to do so and the other side which remains are the real clinical diagnostics services and devices the company markets and sells.  I am guessing the Alere Connect Home monitoring comes with the deal since it it shown separate on the Alere website from their actual real diagnostic tools.

Again the number of companies and control United has seems to be a sleeping giant as there’s no area of healthcare where they don’t have a subsidiary anymore and I’m surprised other insurers have not complained, not to mention the close relationship that has existed with CMS since the Hillary days when she hired the #2 executive from United, Lois Quam and the doors have been open since that time and many more have made their way to CMS/HHS/ONC.  Here’s a recent example of a United corporate attorney hired recently at the ONC to do privacy.

Also worth noting is that the Center for American Progress, a big think tank in DC is now writing so much of the Healthcare policy and everyone’s favorite to hate, Zeke Emanuel works there and he’s a walking talking United Healthcare commercial that recently wrote the article about how we have served out our purpose in life at 75 and thinks we should all agree with him.  Again keep in mind this is where policy is coming from today from stat rat folks that forget that it’s humans and not just numbers that make up healthcare.

United wants everyone hooked up to a device so they can get more data to sell and we all probably know they are one of the biggest data selling corporations and make a lot of money doing so out there.  That’s all they do and drill down stats.  As a matter of fact if you look at the United annual report and what CMS is doing with their modeling, the resemblances are striking and former CMS folks have told me this has gone on for years with United helping them with their quantitated math models for business intelligence.  Of recent we have seen the secret scoring of doctors by the company as well where in many states MDs are being “fired” by United with being in network who see Medicare Advantage patients and are given no explanation or choice at all for the most part and again these are models created by Quants that health insurers are hiring by the groves today, some who used to work a hedge funds.

If it seems like things are impossible to work within with health insurance and wellness today, that’s because it is sometimes and we are being score, shuffled around to accommodate profits and we as humans don’t work like shuffling algorithms on markets, but that’s what we have and it’s also creating it’s own source of endangering patient are, but with United/Optum it’s more like “algo says” and you don’t have a choice.  So again you can thank all the quantitative analytics and quants insurers, and especially United for all of this disruption as they have to pay shareholders their money.

If that isn’t bad enough, they want young folks out there to write code for free for them with unlimited web recognition and well, 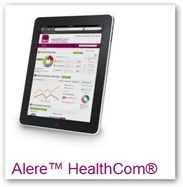 we all need to make money so it’s going to be hard to find the free developers out there who need to pay rent too, and I call it cash for code as many big companies are doing this as well.  What we end up with a lot of times are “flawed proprietary math models” that don’t work but they save money so they crammed down the throats of consumers as “you have to do this” and we end up with models that don’t work, a lot like the “Bloomberg Big Gulp Project” where all the money and influence pushed a broken model that failed, and they didn’t know when to stop.

It was just a few weeks ago that the Optum division in Texas bought control of a lot more doctors in Texas.

We have survived years of what is now called fictional studies from the Lewin group on projected savings and patient outcomes now to track back, and by the way Lewin is owned by United Healthcare too, so when you see such studies now more than ever be a skeptic and don’t soak in everything you read.  There’s good stuff out there too and the difficulty here is knowing when you are getting snowed for shareholder profits today.  The products may not be bad but you need to look at how the company manages them and the data that is sucked to sell for additional profits with the invasion of the “data snatchers” out there today.  You can search this blog if you like as I have 7 years into this and writing about health IT and all the acquisitions of United and what they do.

United Healthcare Rolls Out Mobile App For Consumers To Address Transparency With Shopping for Medical Treatments, Fine But What About Transparency With Data Selling Which Is Still Non Existent for Consumers, What’s Being “Mined” With this App for Predictive Behavioral Analytics?

You can read below about the number two person at CMS who was the CEO of the Ingenix division of United (now name changed to Optum) and see what you think about that.  The AMA sued United and had a class action settlement for algo duping on out of network charges to where they short paid against Ingenix.  Again we are talking the use of algorithmic scoring with United once again.

In California there’s a lot of doctors who are not happy with United/Optum as they use very complex contracts that end up netting them reimbursements that are less than what Medicare pays and in the OC where I am, they call it the United Manifesto with owning all the major physicians groups as well and their close relationship with MemorialCare.  The only thing doctors did get was a ruling from the Supreme Court a year ago to where they can group now to litigate with insurers as for years it was always one doctor against the big corporation and Untied/Oxford for years spent tons of money fighting that one. 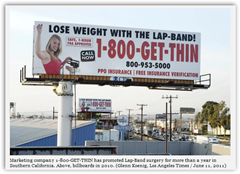 Hospice and to me a health insurance company owning a hospice network just doesn’t seem to fit well.  So now with the purchase of Alere consumer products who know how it will be managed and what they will do with the data they get.  Again this all gets sold as population health which if used in moderation for basic information is not a bad thing, but United does not have a history of moderation and will go to extremes much of time and again shove some more studies out to Lewin to produce more than likely.  Basically the company is getting to be so large that I think even their corporate lawyers have a hard time know what they do and I’ll reference the Lap band case as an example.

The lawyer used a victim type of defense here with the claims and having to rely on accuracy from doctors and facilities , I guess either doing it on purpose or not knowing that Optum sells more anti-fraud software and services than Carter has pills:)  BD

Waltham, Mass, Oct. 28, 2014 – Optum and Alere today announced that Optum has entered into a
definitive agreement to acquire Alere Health and its subsidiaries, which provide leading condition
management, case management, wellbeing, wellness and women’s and children’s health services to
more than 200 regional and local health plans, 89 Fortune 500 employers and 29 states. Alere Health’s
services are offered to more than 22 million people across the U.S.

The $600 million cash transaction is subject to customary regulatory approval and other closing
conditions. Such conditions for Alere include consent of the required lenders under Alere’s senior
secured credit facility. The transaction does not require the approval of Alere’s shareholders.

Alere Health’s health management capabilities will broaden and strengthen the value Optum provides
to health care payers, employers and states by improving the health of the people they serve and
reducing overall health care costs. Adding Alere Health’s leading offerings in areas such as tobacco
cessation and home-based obstetrical services to Optum’s broad scope of expertise and health services
will enable delivery of more innovative and comprehensive population health management solutions for
clients of both organizations.

The sale of Alere Health is an important step in Alere’s execution of its strategy to focus on its core area
of strength in rapid diagnostics and improve its balance sheet. Alere intends to use the proceeds from
this transaction to reduce debt.
Tuesday, October 28, 2014
Insurance , Medically Related , My Commentaries , Other Items of Interest