Home » Insurance » Medically Related » My Commentaries » Health Insurance Companies Exceed Predictions on Profits Hitting All Time Records For the 3rd Quarter of 2014–While The Data and Information Systems Decline In Consumer Value As Flawed Data Is On the Rise..

Health Insurance Companies Exceed Predictions on Profits Hitting All Time Records For the 3rd Quarter of 2014–While The Data and Information Systems Decline In Consumer Value As Flawed Data Is On the Rise..

We are seeing this in other industries too but nowhere is it more visible than with health insurance.  It’s been said many times over on the web that insurance companies profit on complexities and if you look at the past year that seems to hold very true. 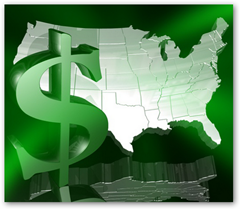 Many do not understand their policies today, what’s covered and what’s not and “is my doctor in network” is the new big question for many.  They maybe in network today and gone tomorrow.  This constant influx is what helps health insurers make money.  Just yesterday I wrote about how the insurance companies themselves can’t keep an accurate listing of this as well.

Insurers pay these people to take care of us and if they can’t get it right, who can?  I don’t think anyone can as we are now subjected to a new business modeling atmosphere in health insurance and everyone hates the “not knowing” and that part of coverage is growing all the time.  Just look at the classifieds and see how many analysts and Quants/Data Scientists insurers have hired, it’s a lot and they can’t seem to get enough.  This seems to want to tell you where the focus is and patient care does not appear to top the list, rather shareholder values have crept up to the #1 spot.  So with this article about the health insurers profits breaking all records for this quarter, it’s all about what I call the Killer Algorithms and there’s more and more math modeled provisions being loaded up and used by health insurers every day and we end up with little consistency.

The government too is over their heads with efforts in trying to manage and communicate with such and it shows.  In areas such as CMS, over the years they too have given in to pretty much being mentored by United Healthcare with their models and there’s a bit of heat over there right now too as what are you seeing at CMS today, a lot of the same things with inconsistency you see with health insurers, so it’s not hard to see where the mentorship comes from when you start looking at some of their failed models when it comes to quality reporting.  Healthcare prices are up and we are not spending as much as consumers.  The predictions are that spending will increase, but that’s only if consumers have the money to spend in my estimation and it’s just not there.

In short, insurer profits have been carved out with using crafty math models that keeps most of us in a general stir all the time of not knowing what we do have and what we don’t have and it’s subject to change at any moment.  Certainly there are more insured in the US, but quality and security of what we have is worse as it changes all the time, so did we make progress with insurance?  I wonder but there’s no going back at this point, but the insurance exchanges and the way the health insurance business “sold” the government was far from accidental as this is what they do and have done for years.  They produce many studies and reports by paying think tanks sometimes to substantiate material they need to lobby or make changes and that is very prevalent anymore.

Another great article from a journalist who sees this as well.  Felix Salmon can’t make it any clearer with this quote from his article…so there you go, models that encourage cheating…anyone ever going to ask about the models and code?  Probably not, there’s too much verbiage to look at to think about this side that executes everything (grin).   He’s telling you the same thing so again this is what’s directing all the action at health insurers today and again they don’t know when to stop.  Here’s an excerpt from a past post here and it’s well worth a quick read it’s correct as this observance from Felix Salmon, a journalist and mathematician hits the nail on the head and cheating is running wild out there with algorithms for profit, again all you need is one study to tweak the numbers and the context and via news media all of a sudden much of the public opinion can switch in one day and swing over some profits.

So this is the system we have today with health insurers, just like Wall Street as I said was developing 5-6 years ago and it’s here now.  In 2009 when Sebelius was nominated this was my biggest fear as having seen both sides of this, I knew she would be “no contest” for all the mathematical wizards known as Quants and Data Scientists already employed by insurers so this is the end result, less care for us and more profits for health insurers.

We have the same pattern almost here as what the banks received, a bail out from the government and we know how that story ended as well.  This looks like another repeat here with government totally outfoxed and outdone with math models and a very short focus on how analytics and models work today.  This is one of the outfoxed examples below that I caught with “hurry up those coders” at the time which indeed referenced a deep level of misconception and perceptions of how the healthcare system complexities really work.  So the big profits, it’s all

done like Wall Street, modeled and that’s how inequality keeps growing as well, this is all modeled by very intelligent Quants and mathematicians working for health insurers.  BD

To learn more about how this works, scroll on down to the footer of this blog and watch the 4 videos and for even more videos, visit the Killer Algorithms page.  BD

Attack of the Killer Algorithms…

Investors and company executives were worried because they didn't know how expensive new customers from the overhaul would be for insurers. They also were concerned about added costs from the law and funding cuts to government-sponsored Medicare Advantage plans, a key growth area.

But a year later, these challenges are starting to appear manageable, and investors see much less uncertainty ahead for the sector. Insurers have cut costs and raised prices to help mitigate added expenses from the law. They've also added new business.

As a result, Aetna, UnitedHealth and the Blue Cross-Blue Shield insurer WellPoint all posted third quarter results that trumped Wall Street estimates and raised their forecasts for 2014. Shares of those companies -- the nation's three largest health insurers -- have all repeatedly hit all-time highs this year, their growth easily outpacing broader trading indexes.

Insurers also are being helped now by extra funding from the overhaul that aims to give them some financial cushion if their new customers from the law's expansions wind up being more expensive than anticipated. Some of that funding will go away over the next couple years.

Even so, UnitedHealth CEO Stephen Hemsley felt comfortable enough about his company's prospects to say earlier this month that he thinks all of UnitedHealth's businesses are better positioned than they were entering 2014. He added that he expects growth across the board next year, a relatively bold statement coming from the nation's largest health insurer.