Ok we like the first part here with using the super computing powers to help with genomic matching to find adverse effects wit genetic profiles that respond to drug samples without side effects.  This is a process that is done anyway with current large data bases to a degree and the hopes here is that IBMWatson might be able to cut to the chase a lot faster with it’s super computing power.  In addition as mentioned in the 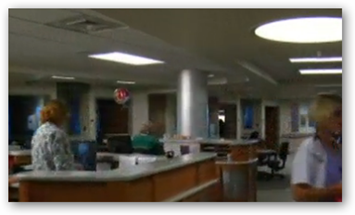 title the company will want to get a better idea on how to price based on other products similar in the market with a number of risk factors added in up front.  We already know Sloan Kettering is using the IBM Watson technologies with Oncology treatments.

In addition, here in Los Angeles IBMWatson pretty much bankrolled the use at Cedar Sinai a couple years ago for much of the same type of research and presenting treatments options and diagnosis options to Oncologists.  As a matter of fact WellPoint, which has now been renamed Anthem has a program to where they pay doctors $350.00 per patient a month to use “their” cancer treatment plans versus one they may come up with that would differ.  That kind of says a lot of where Anthem is putting their focus and of course if they don’t use the plan they don’t get the money.  We would hope “best patient care” is what prevails here.

In addition, IBMWatson has also asked the CEO of J and J to join their board of directors.  We all know IBMWatson just built their big new headquarters in New York and there’s been a lot of money invested here.  Mayo Clinic is also hoping for IBMWatson to be able to help match clinical trials with patients faster as well as that is a tedious process sometimes and IBMWatson or some other type of mass linear processing would certainly help out.  IBMWatson is also powering new apps and investing in them as well.  This one I cant’ figure out as I don’t know where they assume their “Big Data” will come from since it’s just another wellness program in the wall if you will but they can sell the fact that they are powers by IBMWatson and they got several million to play with on funding from IBM, you know the same old stuff there, toss money at start ups and assume it will since except for that one out of thousand.  Right now I’m so very tired of all the “me toos” in start ups, I just wish they would just be quiet until they have something, way too much of that all over in healthcare.

Again IBMWatson is not alone in this race and cognitive technology is basically another word for “machine learning”.  IBM needs some revenue for sure and it appears to be banking on IBMWatson for growth.  They want companies to write apps again for IBMWatson, so nothing real new there, inexpensive coders again as happens all over the place and hopefully most can still pay their rent.  BD

This past July, IBM invited Alex Gorsky, the CEO of Johnson & Johnson, to join its board of directors. The choice surprised industry watchdogs: Why would an enterprise tech company need a director with little to no experience in tech? Those questions were answered a month later when IBM announced that J&J would begin using Watson, IBM’s big-data service, to assess and evaluate medications before producing them for the mass market.

The partnership is part of an effort to expand J&J’s portfolio of drugs. At No. 121 on the Fortune Global 500 list with $71.3 billion in annual revenue, J&J is best known by consumers for products like Visine, Rogaine, and over-the-counter meds like Tylenol. But its pharmaceutical and medical-device businesses each account for 40% of sales. Gorsky is hoping that IBM’s cognitive supercomputer—which “thinks” like humans—will be a secret weapon in helping it outcompete Big Pharma rivals like Roche, Pfizer, and Merck.