This should come as no surprise as Ebola continues to sweep the news every day, every minute.  Media sources are doing their best to help rest some of the panic but it’s not working and self included here to a degree as the models from CDC failed and they are thinking 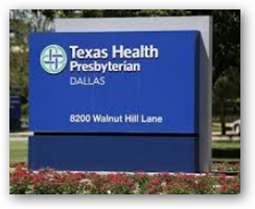 on their “feet” now if you will.  Models don’t always play out in the real world as they are designed in the virtual world and that’s not always anyone’s fault either as they usually do the best they can but again there’s nothing like the “real” world for a complete test.

A couple days ago we found out that hospital did in fact have a screening device that sat there idle and now as I understand it, the device is being used, well that is for anyone who shows up at the hospital since, as the title here states, “it’s a ghost town”.   This is not good for the hospital of course financially as they do like any hospital have fixed operating costs and empty beds are not good.  Some times you hear stories of hospital administrators telling doctor groups that they have too many empty beds and to please focus on how to get more patients admitted.  This is course is a “no no” but in the real world it happens, kind of unspoken but myself and others have heard it for years.  Right now of course with the Ebola scare at the hospital, this effort would not have a lot of impact for obvious reasons.

People are cancelling elective surgical procedures and doctor’s office affiliated with the facility are also said to be experiencing quite a few cancellations.  I’m sure Texas Health Resources, who owns the hospital is doing everything they can think of to not lose more patients.  Texas Health Resources is a non profit group in Texas and recently looked to a PR agency to help them out as well.  When you have a scare like Ebola, coupled with all the garbage we see online today in so many areas, will there be any real takers?  Probably not as if the PR agency was truly helping the matter, they wouldn’t have the empty beds, so in this case marketing in the virtual online world is not convincing folks of things are are “really happening” in the real world.   This is a big problem today with perceptions and we have had so much of it online that has been false and government leaders who “live” in virtual worlds, that the level of “trust” is gone as “The Grays” consider to permeate the distinctions of what is real today and what is “virtual”.  I said a while back that the VA was just the tip of the iceberg here and sadly it seems to be on target.

I also wonder what would happen as well, and it still could, should a person infected with Ebola go to a hospital that’s almost

or is broke?  They are out there in numbers bigger than most folks think as every 2-3 weeks I seem to be writing about yet another hospital closing, being bought by Prime Healthcare as their last effort and so on.  We do have a situation in the US that nobody likes to talk about, “hospital inequality” and it’s all over the place.  Here in California we have Stanford, the best system around with state of the art technologies and treatments, bailing out Valley Health System, a small healthcare system in the same area as Stanford who ran out of money.  Valley Health facilities are in some pretty affluent areas in California so Stanford, who has the money and ability is acquiring them.   Here’s a couple recent examples of hospital closures in the last few weeks.  I cover these and it seems like there’s 1 or 2 closing every 2-3 weeks in the US.  In the San Diego area, Fallbrook, another smaller community hospital is closing and nobody wanted to acquire it.

Cleveland, Texas Hospital Abruptly Closes–Note On Door Says We Hope to Re-Open Soon, Meanwhile Back at the Ranch CMS Is Working Hard to Create A Ridiculous 5 Star Rating System for hospitals…

In addition, we have six hospitals in California being purchased by Prime Healthcare, who’s known across the US for buying up and bailing out hospitals who are out of money.  Daughters of Charity lost their affiliation with Ascension, the biggest Catholic Healthcare System earlier this year and didn’t have the money to keep operating so now we have hospitals that have been considered to be safety nets in California being purchased by “for profit” Prime Healthcare.

So again I raise the question again, what if an Ebola infected patient ends up at a hospital that’s almost broke?  As you can read from the links above, the hospital that closed in Ohio, ran out of money and when Toshiba called in the not for the loan on the MRI, machine, it closed and 300 jobs were lost.  So what will happen to the future of Texas Health Presbyterian remains to be seen as like it or not, there will be a financial hit on all of this, beyond even the cost they have already incurred with Ebola and I hate to even think what that ticket may end up being, but it will be there.

A representative too from the CDC also make a good point about a week ago in stating “hospitals can’t afford all the training that is needed for protocols today” and that coupled with failing models that are being re-worked on their “feet” is adding for a ton of confusion here and we are not going to be able to pick and choose and fine “one bad guy” out of all of this as we are so accustomed to doing as it’s just no the case.  Again, hiring a PR firm in my book is a bit of a desperation effort for sure and it’s truly complicated by all the garbage we read on the web as well.  People just don’t trust what is read on the web anymore and thus the impact of the PR firm versus what’s happening in “the real world” may not even begin to scratch the surface with restoring consumer confidence for a while with this hospital.  BD

The Dallas nurses who contracted Ebola while treating a patient at Texas Health Presbyterian Hospital have been moved from the building, but patients are still steering clear of the once-bustling hospital.

People have called to cancel outpatient procedures, and some have even opted not to go to Texas Health Presbyterian Hospital in emergency situations, ABC Dallas affiliate WFAA reports.

"It feels like a ghost town," Rachelle Cohorn, a local health care vendor who has been to the hospital recently, told WFAA. "No one is even walking around the hospital."