Healthcare – focus on using the technology we have today.  I like that idea but also realize we have a huge education process ahead of us and I have been blogging about that for a couple years now. 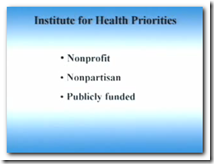 Over the holidays I had a project, being the geek that I am, of setting up a new computer that was a Christmas present for a friend’s two sons.  She wanted a tool that they could use for school, and I agreed to set up the notebook and I was somewhat glad I did.  What did I see as the primary focus of the “learning tool”, games and more games, but nothing educational other than a 60 day trial of Microsoft Office was loaded on the notebook.

Now I like games too, and a computer is good for that, but what bothered me was the fact that the computer had very little educational focus and everything was aimed at gaming.  So it makes you stop and think what are we doing as adults, educating or marketing games.  In essence it just looked like a pretty shoddy team that put the computer together with it’s focus, and who does all this, the adults, and we somewhat wonder where we are going wrong with education?  Well I’ll rest my case there. 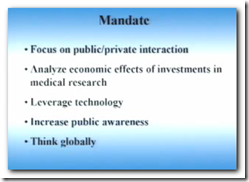 At any rate, healthcare and education go together, as well as inter mixing technology.  We heard the Senate testimonies this week in the Senate for Health IT funds.  You can find the links below or go here to view the video.  Surprisingly everyone was in agreement on the fact that we need the money in healthcare, private industry and government agencies alike.

Also, if you have the time view the last AHIC meeting in Washington and listen to Dr. Halamka from Harvard present his ideas and plan, as the entire committee called him “the jet”, well we can sure use a lot more “jets” when it comes to healthcare and technology with people in positions that know and understand how technology works first hand, the hands on folks.

So there was no pardon today, but take a few minutes out and listen to a plan from Mr. Milken, hitting all the areas we need to focus on today and about laying some groundwork to get things moving.

If you watch the video the progress made on prostate cancer is pretty amazing, and if we could attack other cancers with the same diligence and continue to support the science and R and D behind it all, cures and better treatments could rapidly be on the way.  I would much rather be posting about cures than what has been surfacing of late, studies that question whether or not genomic tests pay for themselves and who should be allowed to have them, such as was posted today, as now the money spent on research may be out of reach for some, and that’s not what healthcare should be about.  Secondly, the same point is brought up too about making better use of the technology we have today and myself and many more have been beating that drum for a long time, it’s once more getting education in the forefront and not being afraid of one little word called “change” as life today is all about change and being part of a solution.  BD 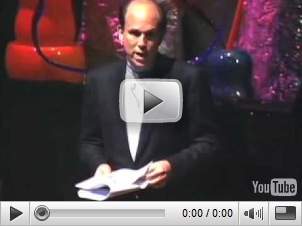 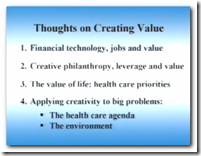 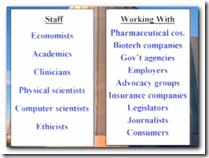 Education not Fear is Needed with Medical Health Records

Are electronic and personal health records inevitable? – Sure they are but we need education and mentors to make it work!