Lawmaker Wants to Make Sure Cell-Phone Cameras Click - What?

This is somewhat funny to a degree, but I can see the point, but the sound is merely a wav file on the device which can be turned off and and on and to over ride with software compensation on this might be a bit tricky, but I would imagine it could be done.  But better yet, let’s use some new technology and quit worrying about the wav file on the unit, Microsoft Device Manners Policy.

I would love to see this in every movie theater myself.  This could be used in dressing rooms and many other public places and kill two birds with one stone, and with the silencer and no pictures allowed zones, everyone could learn to text (as those messages would still go through) or merely step out of the “zone” to use the phone for calls or take pictures.  When you think of it many places have areas where pictures are not allowed for exhibits, etc. this could do it, just have the no sound zone sign posted to warn all along with a message that would appear on the phone.  Wireless carriers would need to be compliant for this to work.  BD 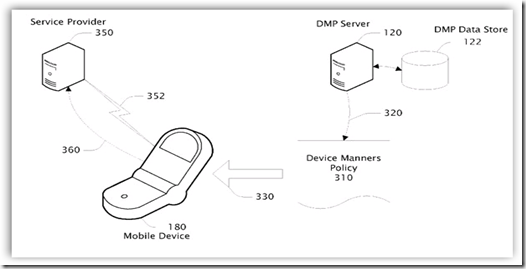 This is either the best or worst idea ever, depending on your point of view. Microsoft has patented what it calls a "device manners policy" (DMP), a wireless zone-enforced device protocol that allows local operators to turn certain features off (or on) based on local manner and safety policy.
Similar to how wireless service on planes can lock out voice but allow data, Microsoft's DMP concept would allow local czars to enforce, for example, "no talking out loud" or "no photography" rules. Audio recording could be disabled at concerts, video recording killed at theaters, and ringers turned off at funerals. Of course, this all requires manufacturers to comply with the DMP protocol in their devices. In the end, we'd be looking at a pre-movie PSA that says "your phone is now being put on silent" rather than "please turn off your cell phone.

Now one congressman wants to make the clicking, or at least some kind of loud noise, mandatory, and he's introduced a bill to make sure every iPhone, BlackBerry and Razr sounds like an old Hasselblad.

Rep. Peter King, R-N.Y., earlier this month put forward the "Camera Phone Predator Alert Act," which sums up its purpose in one sentence: "To require mobile phones containing digital cameras to make a sound when a photograph is taken."

The reason? "Congress finds that children and adolescents have been exploited by photographs taken in dressing rooms and public places with the use of a camera phone."