Chasing down fraud is a huge project and Medicare was probably up to their ears in all they could handle.  We all know our government is rapidly investing in IT and business intelligence software all over the place and I would guess resources were low here too.  We do need our own algorithmic software in house as a government to keep a lid on some of the fraud as to do all of this without technology helping is impossible and the odds of catching as many go down considerably. 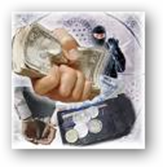 I often wonder too if this was in part what led to Part D coming in to effect so quickly as well since the insurers certainly had the IT structures and business models to take it on versus Medicare retooling and updating the massive banks of servers already in place.  Just due to the times we live in now there are massive updates going on all throughout our government, but while they snoozed, private industry was hard at work with developing technologies with algorithmic formulas to help process their claims and other business units.  We saw that recently with the SEC in not perhaps being adequately equipped to function the way they should with audits, etc.

With fraud, the crooks also found a way to use technology and skirt the rules too, so again, there’s not much choice here but to invest and realize the value of IT.  Our former leadership unfortunately didn’t see it this way so it is catch up time for all.  Technology is not all of enforcement and fraud prevention, but it certainly gives those responsible for compliance and fraud investigations a real jump with data on what they have to do without all the long and lengthy paper trails and footwork that follows.  This is a huge area where a lot of costs can be recouped potentially and dishonest methodologies avoided from the start with earlier detection, again, in house for honesty and not having greed for profits skew the analytics/algorithms.  BD

The Centers for Medicare and Medicaid Services received roughly 30 warnings from inspectors over three years — mostly under the Bush administration — but didn't respond to half of them, even after repeated letters, according to records provided to The Associated Press by U.S. Sen. Charles Grassley's office.

A July 2008 warning said organized crime had infiltrated the system and was costing more than $1 million dollars for each phony Medicare provider license the crooks obtained. The letter got no response, Grassley said.