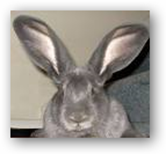 rabbits.  In the past only scaffolding had been used and that portion alone was not a success.  Earlier this year, Dr. Oz did a show going through the Wake Forest Center where all this is taking place.  The link below has more information on regenerative medicine and the miracles that are taking place.  There are 9 women walking around Boston with bladders that were “grown” and are fully functional, stem cell use.

You can also go straight to the video from Dr. Oz at the link below.  He was even amazed to see what was going on as well.  They are working on growing other organs as well, such as livers and kidneys.  This is truly amazing technology.

Back to the original subject, it looks like there’s new possibilities on and horizon for ED and other male afflictions.  They have grown prostate glands too, but who would want one, they are used for research of course.  When I wrote about the beating heart stem cells about a year ago, I about fell over as I had a scientist comment and said they are really not that hard to do, I’ve done a few of them, lucky day for me as I had the right scientific reader that day for sure!  BD

Rabbits may be the last animals that come to mind when it comes to sexual dysfunction, but if they ever need help in that area, they have it now -- and humans could be next.

Center in Winston-Salem, N.C. constructed a fully functional rabbit penis that enabled the animals to mate and produce offspring. The process could someday allow normal penile function in men with damaged erectile tissue.

The study showed that rabbits with bioengineered organs attempted to copulate with a female within one minute of introduction, whereas the control rabbits, who either had scaffold implants with no erectile tissue or no implants at all, made no such attempts.

"If you lack erections, it's difficult to reproduce the old-fashioned way, but it's still possible," said Dr. Michael O'Leary, senior urologic surgeon at Brigham and Women's Hospital in Boston, Mass. "This particular technology is trying to treat erectile dysfunctions."

Prostate Gland grown from stem cell - But Who Would Want One?

I have stem cells in my belly…harvesting fat..

Tapping Into the Code of Life With Science - Some of this is here today...not science fiction...medical technology is on the rise...