This is actually kind of funny that this appears today about the investing in mobile applications when just a month ago an article came out about all the mobile apps they were dumping.  I guess this is like anything else out there today with software, have the programmer write, throw it out there and see what sticks with consumer interest.  When you look at and review as much software as I look at, you have to take this with a grain of salt as they have 4 wheels, a drive shaft and can parallel park <grin>.  They all provide information and assistance but if the consumer use is not there, then it’s not doing much good. 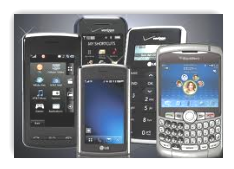 I think we are at the point of certainly being able to build one application after another but the use by consumers and what they like has yet to be determined, so in the meantime we have gluts of software floating around out there all striving to reach the same consumer market.  I wrote a post about this and actually had several people in the mHealth business agree as I wrote the post directed more at desktop software and they said “we have that too in mobile health software”.

So, if all these innovative folks out there would start collaborating it would really make it a lot easier on us the consumers to not have to weed through so much and figure out what has value to us.  So to me, big deal they are investing, so is the rest of the world, collaborate and make something useful I say.

WE STILL FAIL SO BADLY WITH COLLABORATION IN SOFTWARE IN THE US AS EVERYONE STILL THINKS THEY HAVE THE BEST MOUSETRAP OUT THERE.  BD

Drugmakers led by Merck & Co. and Novartis AG boosted investments in mobile phone applications and educational websites by 78 percent to get patients to take their drugs, eat right and exercise, an Ernst & Young report found.

Pharmaceutical companies initiated 97 projects last year aimed at using information technologies to improve patient health, according to the report by the New York-based consulting firm, which relied on analyst reports and press releases to reach its tally. That compares with 124 projects started in the four prior years combined. About 41 percent of the projects were smartphone applications, an increase from 11 percent since 2006.