Hospitals owned by Prime are not bound to the normal contracts, thus they have the option of billing higher rates and charges...some services have also been suspended...chemotherapy for one...it does have the most active emergency room in Southern California...13 operating rooms have been closed..but according to the article if Prime had not come in, it may not be open today...it appears the emergency room is the big area of treatment for patients...but after that you may be on your own if the hospital does not provide the additional therapy or procedures needed....BD 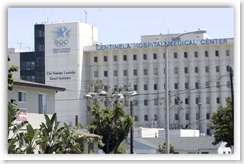 Centinela Hospital Medical Center in Inglewood has been a key healthcare provider to nearby residents for nearly a century. Now some patients and activists in South Los Angeles worry that recent cuts and other changes are diminishing its role in the community.
Since taking over the hospital late last year, its new owner has shuttered departments, laid off 13% of its 1,700 staffers and canceled most private insurance contracts, hospital officials say. As a result, many residents say they've had to seek treatment elsewhere.