Warfarin is the second-most-likely drug, to cause adverse events requiring hospitalization.  The use of warfarin sensitivity testing in the U.S. could avoid 85,000 serious-bleeding incidents.  More in the way of personalized medicine and if you were a patient determined to have an adverse reaction to the drug, this perhaps could be lifesaving to make sure a wrong dose is not delivered or perhaps if it should be used. BD 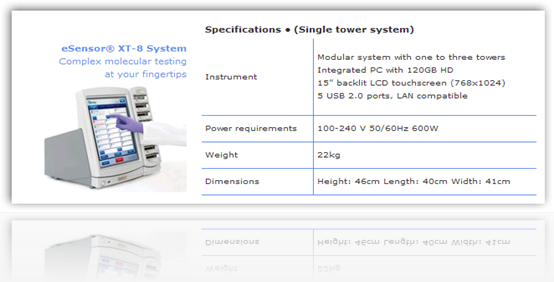 The genetic test is used to aid physicians in identifying patients who are at risk for increased sensitivity to the blood-thinning drug warfarin. Osmetech submitted its application with the FDA for the test at the beginning of this year.  The firm said that the FDA also cleared its second-generation eSensor XT-8 molecular diagnostics platform.”